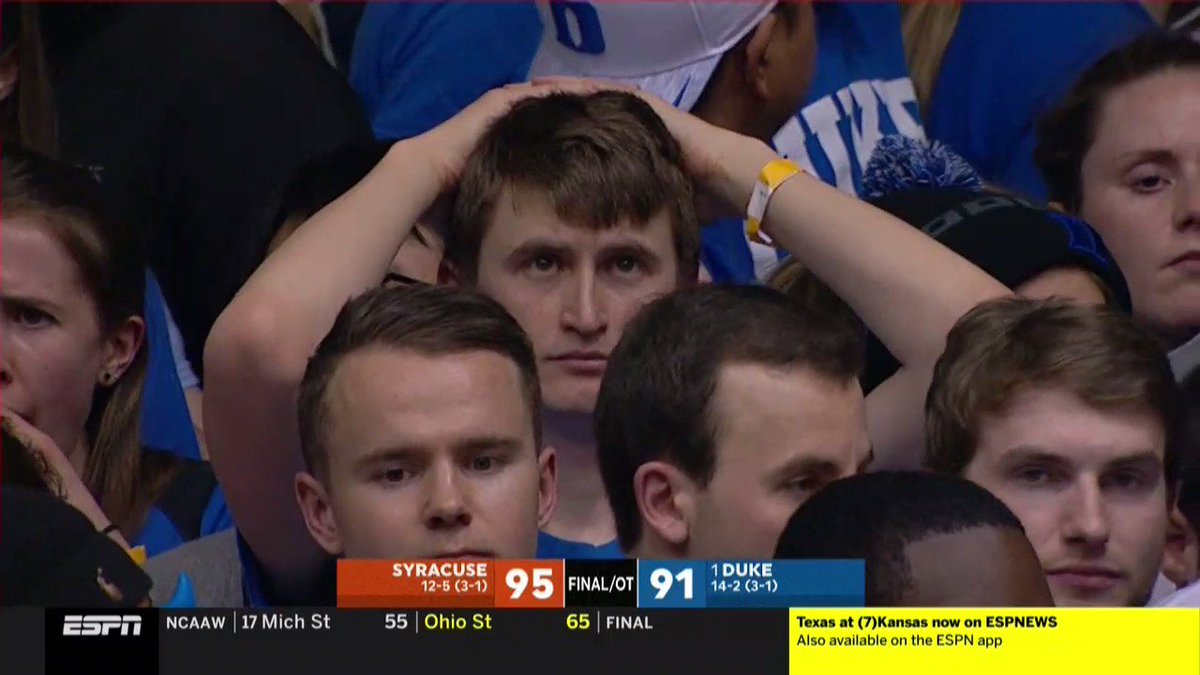 @CBSSportsCBB[/caption] Most Mondays are not good.  Today is not one of those Mondays, thanks to college basketball. The upstart Indiana Hoosiers played an absolute barn-burner at Assembly Hall.  Hosting perennial powerhouse Nebraska, Archie Miller's top 25 team fought till the finish, but never led in a 66-51 loss to the Cornhuskers. That was only the beginning of the fun.  At Cameron Indoor, the mojo was all on Syracuse's side.  Duke began the game without Cam Reddish, lost Tre Jones a few minutes into the action and watched this Syracuse prayer get answered. https://twitter.com/balldontliebs/status/1084978691594244096 ESPN's traveling Zion Williamson show put the star in the middle of the spotlight with a chance to give Duke the lead with 18.5 seconds to play.  He made the first free throw to tie the game, then missed the second.  Once the game got to overtime, Syracuse cruised to finish with a 95-91 victory. The perfect cherry on top of the wild game -- Jim Boeheim may or may not have gotten too excited on the sideline in the final minutes. [caption id="" align="alignnone" width="510"]