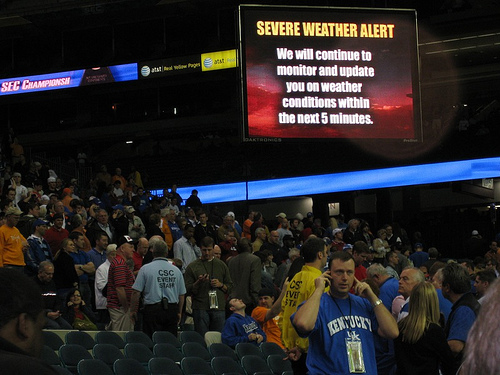 The F2 tornado that interrupted the 2008 SEC Tournament in Atlanta will be the focus of a new documentary, as part of ESPN's SEC "Storied" series. The series, which has already covered LoLo Jones, Herschel Walker, and "The Play That Changed College Football," is being produced by the same content developers that did ESPN's 30 for 30 series. An ESPN spokesperson said the project is still filming and in early production stages, and it isn't exactly clear what will be the focus of the documentary or when it will be completed. ESPN expects to air it sometime during the upcoming school year. That was a crazy weekend and it'll be interesting to relive it through what you can expect to be a very well-produced documentary.