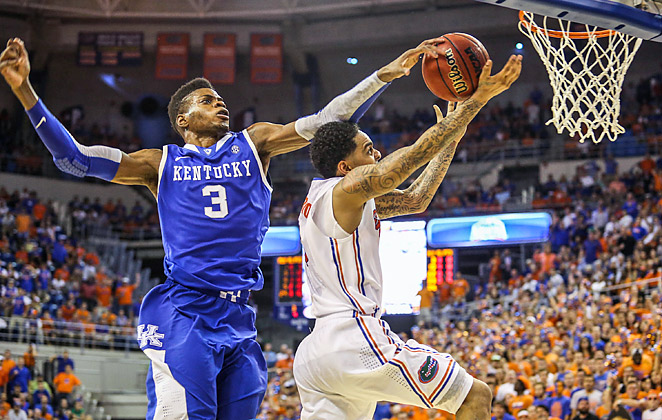 We promise not to spend the rest of Sunday talking about Nerlens Noel and Thursday night's draft. With that said, ESPN ran an interesting article the other day speculating on the real reason why so many teams passed up on Nerlens Noel.  The author, Henry Abbott, made an interesting point that essentially every team had a shot at Noel in one way or another and simply chose to pass. Five teams had a direct chance to draft Noel on Thursday night. The rest of the league had a clear cut opportunity to make a move for Noel when the Cavaliers very openly shopped around the number one pick. None of the teams were willing to package together a deal. The risk was too great. But why? The obvious answer is the injury. Noel's recovery from a torn ACL mid-season put a major red flag on the promising young big man. Injured players get drafted though. Alex Len and Anthony Bennett being two prime examples of injured players who were drafted over Noel on Thursday. Rumors flooded over the last few weeks that other red flags for Noel were in play, such as the people he chose to surround himself with being questionable. All of that seemed a little far-fetched to be the reason why so many teams would pass up on the chance to draft an athletic big man, who has a knack for blocking shots at an elite clip. So again, why was the risk too great for nearly every single team in the NBA? Abbott offered his best explanation:

"The best answer is creepy and just about impossible to get on the record. But it goes like this: As a player with a known medical issue, Noel falls into one of the NBA's most damning cracks, between what's good for teams and what's good for general managers. In short, Noel is the kind of player who can get a general manager fired, and most front offices couldn't stomach it. There are different ways players fail in the NBA. If he doesn't work hard, it's on him. If he doesn't fit the system, it's on the coach. None of that threatens highly paid and career-minded general managers... But things go down differently if the team fails because it bet on a player known to have been injured and injuries are his undoing. That tends to be seen as the front office's fault..."

Abbott brought up prime examples, all of which we have heard plenty about in the past: Yao Ming and Greg Oden in particular. Talented big men. Gambles. Never paid off for the front office. No one wants to be the next general manager tied with a similar type of situation. The pay off if Noel pans out and winds up being fine could be great for the one team willing to take the risk: the 76ers. They traded away their young and talented point guard, the closest thing to the "face of the franchise" that they had. Jrue Holiday is out, and Nerlens Noel is in. Packaged with a high 2014 draft pick, Noel is the future the 76ers are going to try to build around. Will the gamble pay off? The gamble that virtually no other team in the NBA was willing to take...