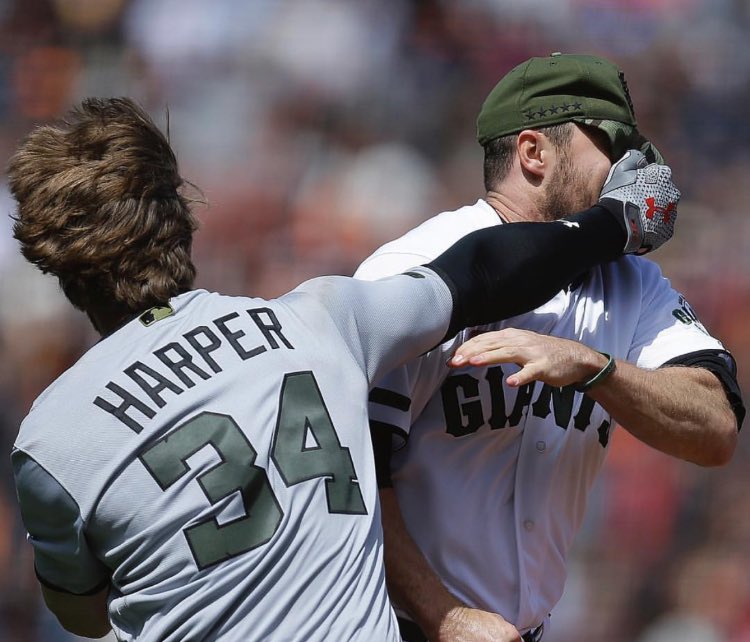 Memorial Day baseball had some fireworks in the Nationals/Giants game when NL MVP candidate Bryce Harper charged the mound after he was hit by a pitch from reliever Hunter Strickland in the eighth inning. The fight was funny in itself, but Harper's failed attempt at a helmet chuck stole the show:

BRYCE HARPER WITH THE WORST HELMET THROW EVER OF ALL TIME pic.twitter.com/yV9UF86s3z

To make matters worse for Harper, he caught a pretty good punch to the face without landing any shots of his own. Your winner by a unanimous decision is Hunter Strickland.