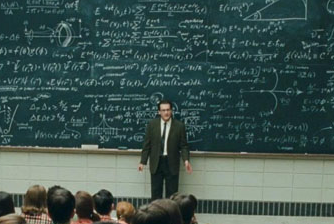 Friends, How are you? Nice hat. No, seriously. It looks good. Seriously. Tough night last night. I don’t think any of us really could have seen that coming, despite the curious “if-we-say-it-enough-maybe-it-will-come-true” doomsday-saying of almost all talking heads on the ESPN staff. Still, however, it was fun while it lasted, and I think we can all agree that it’s very highly likely we’ll see those accolades again very soon. In the meantime, I thought I’d stop in today to clear up some questions many of you have been asking me via email, letter and note-tied-to-rock concerning precisely how the rankings and polls work. I hope much will be revealed in these answers to Frequently Asked Questions about Polls and Rankings. --------------------- I don’t understand the polling and ranking system for NCAA basketball. Can you explain it? Of course. You’re not alone in imagining that the Top 25 is determined through some sort of magic. Of course, that’s ridiculous — the Top 25 each week isn’t determined by a group of wizards, it’s determined by real, human sports writers and coaches — each of whom then uses magic to determine the top 25 teams in the country. What polls are the most reputable? The most highly-regarded polls and rankings in the country are considered to be the Associated Press poll, which is determined by sad, bitter, alcoholic sports writers who wish they could have played college basketball; and the USA Today Coaches’ Poll, which, like its namesake, is easy to follow by old people because of its large fonts and vibrantly color-coded sections. Is there some incentive to be the number one team in the nation? Great question. You’d think it might be a negative thing to be number one, because it would presumably make you a target for other teams vying for the honor. But the material rewards of being the number one ranked team are quite impressive. The number one team each week receives one (1) gift basket featuring a sampling of decorative soaps, trail mix, a $15 gift card to Cold Stone Creamery, three (3) vouchers for free personal pan pizzas from Pizza Hut and a paperback copy of Hard Knox, written by veteran NFL coach Chuck Knox. Is it true that, like the t-shirt says, “If you ain’t the lead dog, the scenery never changes?” Sure. What about the t-shirt that says “Tell your boobs to stop staring at my eyes?” Eh. But that’s hilarious, right? Yes. This guy at work claims to be the “Number One Grandpa.” Is he? Where did the award come from? From a mug that his granddaughter Caitlin gave him. Well, unless Caitlin is a recognized member of one of the many associations responsible for determining the Number One Grandpa each week, including the AARP, Readers’ Digest and the Kiwanis Club of Michigan, the title is not valid. The current Number One Grandpa is Bill Natturman of Yatesboro, Pennsylvania. Sometimes, when people tell me they’re “number one,” I think a funny thing to say back to them is that they’re “number two.” Do you get it? Yes. It’s a bathroom reference. It refers to- Yes, I know what it means. So overall, do the national rankings really mean anything? On Tuesdays, they meant a lot. But on Wednesdays they don’t mean as much. Just remember that.