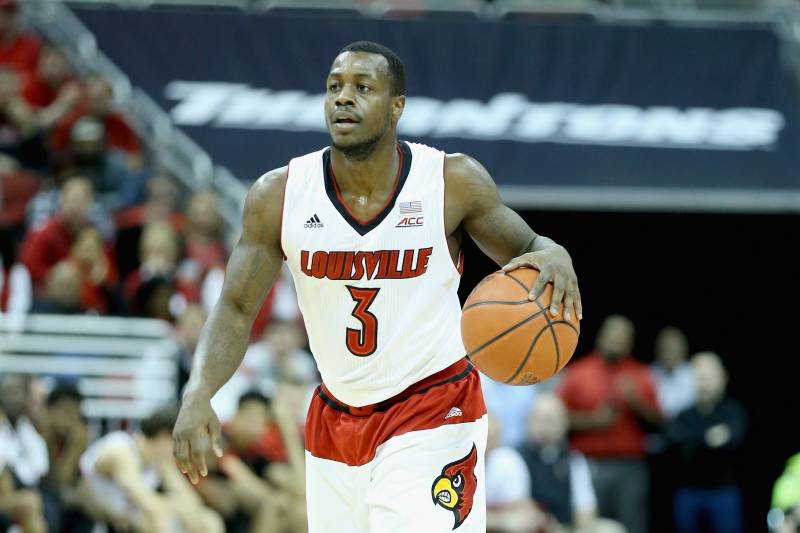 Former University of Louisville point guard Chris Jones was shot Tuesday night on a basketball court in his hometown of Memphis. Steve Forbes, Jones' former junior college coach at Northwest Florida State, told CBSSports.com that the injuries are not life-threatening. The report says he was shot in the leg after a fight on the court led to gunfire. You probably best remember Jones as the UofL guard who performed the worst flop in the history of basketball in the Kentucky game. He was later dismissed from the Louisville program in February that same season and has spent the last two years playing professionally overseas.