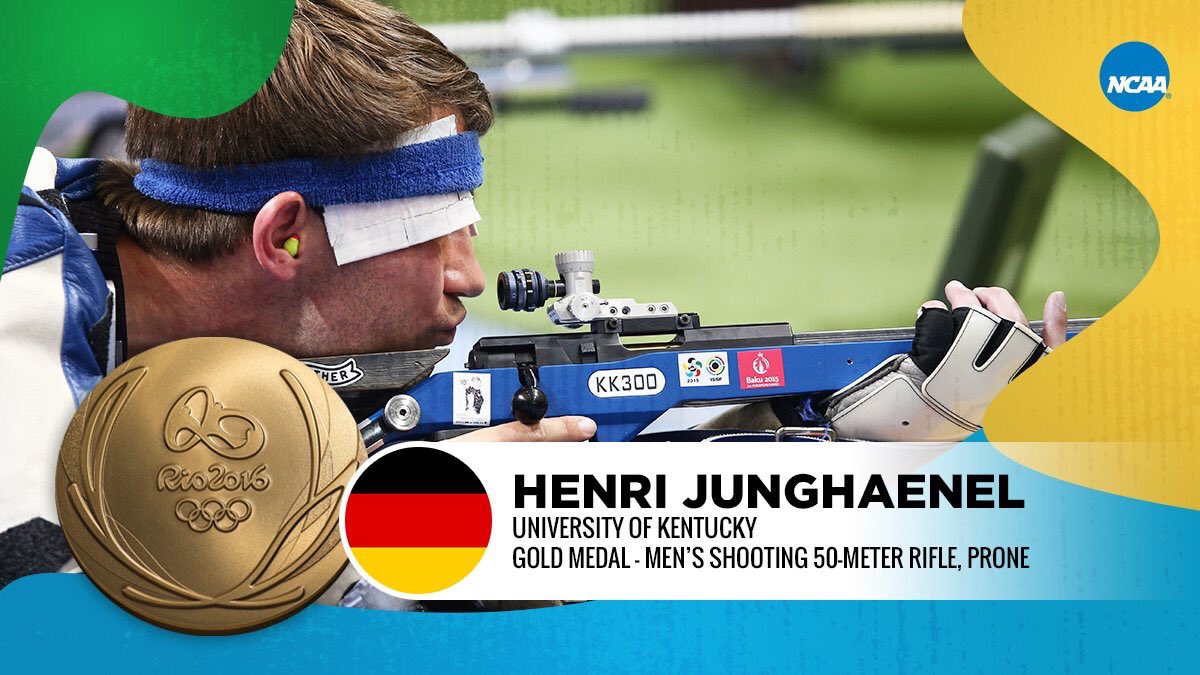 Put a gold medal on the board for the Kentucky rifle team. Henri Junghaenel of Germany, a former Wildcat, took home top prize in the Olympics today in the 50-meter rifle prone.  I don't know what that means but I know what a gold medal is and they're hard to come by. Junghanel was UK's shooting-average leader in both guns during the 2010-11 NCAA Championship season. He was a four-time All-America selection at Kentucky. Gehen Katzen.