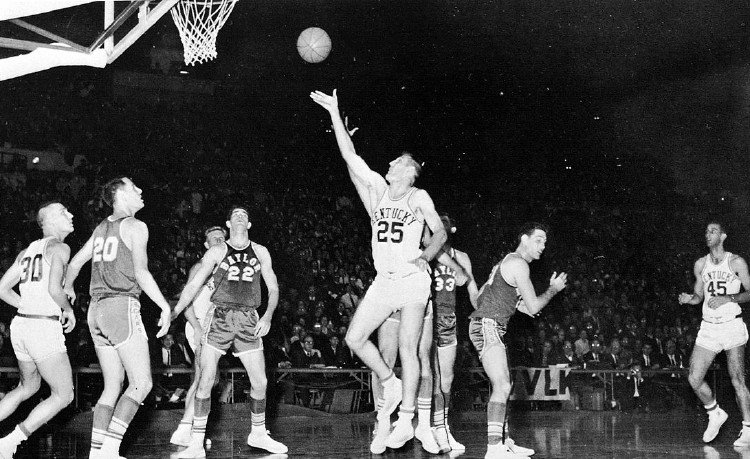 Courtesy UK Media Relations[/caption] The state was lost a great homegrown talent.  Former Kentucky guard Terry Mobley passed away this morning.  He was 74 years old. The Harrodsburg native played for Adolph Rupp from 1962-65.  The highlight of his career came in 1963.  His 15-footer in the finale of the Sugar Bowl Classic gave the top-ranked Cats an 81-79 victory over No. 9 Duke.  It's considered one of the best clutch baskets in Kentucky basketball history. After graduation he could not stay away from the university.  He spent 33 years in various roles, from chief development officer to Board of Trustees member. "Terry dedicated his life to UK. My thoughts and prayers are with the Mobley family," John Calipari shared on Twitter. Before he passed, Mobley shared stories of his time at UK in a pair of Conversations with Oscar Combs.  To learn more about Mobley's life as a student-athlete and servant of the University of Kentucky, click here. [mobile_ad]