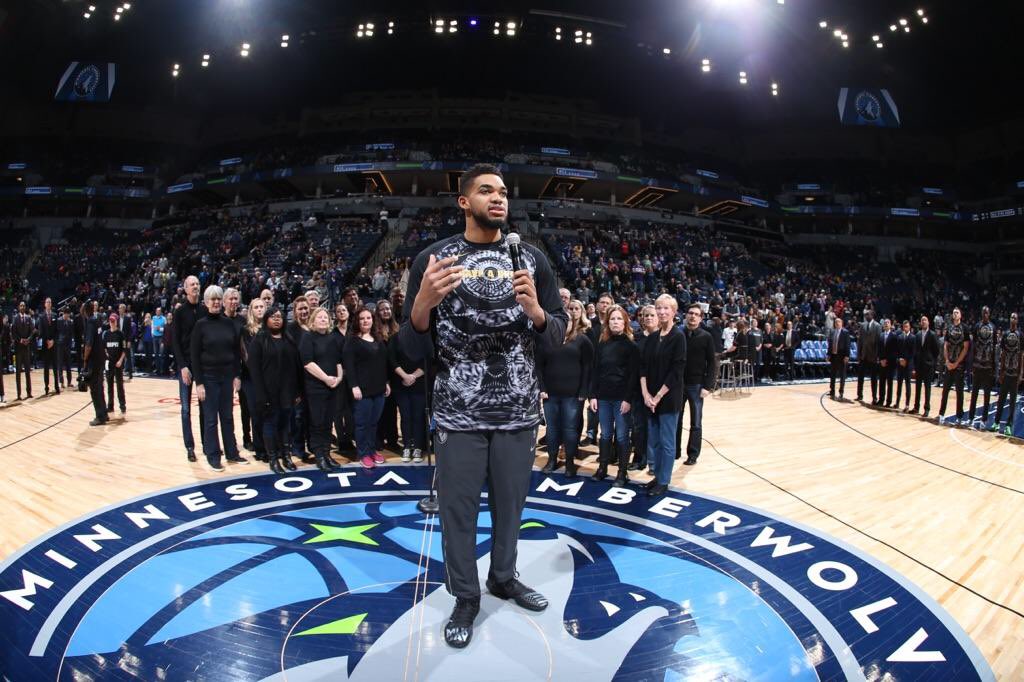 @KarlTowns[/caption] MLK Day celebrates the birth and life of Dr. Martin Luther King Jr., the most prominent figure in the Civil Rights Movement, and a man who protested racial discrimination until his assassination in 1968. Several NBA games are played throughout the day, and as a result, players use these games as a platform to spread awareness to the importance of this day and the impact Dr. King made. Though he played last night, Karl-Anthony Towns was one of the biggest voices this afternoon:

"MLK Day is a special day because it shows unity, courage, and strength in a man that wanted equality for every one of us!"