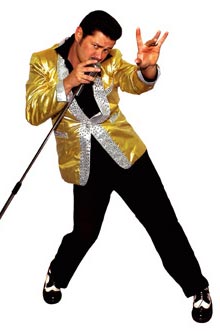 The debate raging throughout the state at this point (or at least at the Wicks where I spent the evening) is which Bowl game should the Cats attend? I leave aside the question of whether the Cats deserve to go to a Bowl game.....in this day and age we all deserve a bowl game (as seen by the fact that the Independence Bowl is now projected to be Arkansas State vs Lafayette-Louisiana.....tickets surely still available). Thus the question is not if such a game should happen, but where, and against who the game should take place. At this point, the options are quite simple: (A) Nashville --- Music City Bowl --- likely opponent (North Carolina) (B) Memphis --- Liberty Bowl --- likely opponent (Tulsa/East Carolina) Thats it, that is the list. And we can make it even simpler. If we assume that East Carolina beats Tulsa (which I do), then the game is simply a choice between where in Tennessee we want to play a direction of Carolina. It really is that simple. Now each game has its pros and cons. A quick breakdown: MUSIC CITY: We know this game well. In fact, New Years Eve in Nashville is becoming like a sacred act for the UK family....we all get in the car in the morning, drive down there on I-65, hit the traffic at the same time....curse the traffic.....see the Batman building as we get into town....struggle for a place to park....walk downtown for a few minutes (stopping at the Hooters to see the KSR crew)....go to the game....watch the Cats beat an ACC opponent with a big name that is a bit down this year.....celebrate with Rich and the boys.....leave, go shower and hit the town in Nashville on New Years Eve, preferably singing karaoke at some point. It is a great night and every year we leave and think, "I would be fine playing in this bowl every year!" But do we really mean that? Or do we, like Rich Brooks, need a change for change sake? Brooks says the team wants something different....that they are tired of the same experience. This year would be a particularly mundane one. The team most likely to be the opponent (North Carolina) is a basketball school, and not a traditional power where one can get a notch on the program's belt. The game will lead to a record number of comments that "if it were basketball", it would be a big game. Plus UNC will likely smoke us, especially if Randall Cobb doesnt play. So we will go back to Nashville, play a team that sounds like a terrible football program and then lose, possibly in an embarrassing fashion. That would not be great. LIBERTY BOWL: But would the Liberty really be better? Look, I like Memphis, but lets face it.....it aint exactly the Greek Isles. Memphis is dirty, rough and at times I feel as if I need a shower just talking about it. My friend Mo in college was from Memphis and we went to visit him a couple of times and both times I went I recognized that (1) whatever fun is to be had in Memphis is to be had in parts of town where there is an 8-1 chance you could be stabbed and (2) "Walking in Memphis" is a hell of a song. I like Beale Street and it probably deserves another visit from the KSR crew. Plus, the BBQ throughout the city is top-notch. But the thought of spending a bowl weekend in Memphis is not sexy. It is sort of like getting tickets to a movie premiere only to find out that it is something by Tyler Perry.....it just loses some of the glamour. As far as the game in Memphis, it is a guaranteed no-win scenario. Lets say we play East Carolina, a team that has beaten NC State and Virginia Tech and has enough athletes to put 4-6 guys in the NFL. That team will be close to our physical match on the field and they have shown the ability to play with skilled teams. They will be highly motivated for an SEC foe and we will be playing East Carolina. No win. And if its Tulsa....they score like 290 points a game and will light up our defense for at least some points. We have the ability to score 11 points a game, meaning that we might lose to a team best known for producing basketball coaches. No win. Plus the game will be at the Liberty Bowl, a stadium so dilapidated that the Orange Bowl in Miami used to mock it. Simply put, the game will be horrific. So what do we do? Neither option is ideal. We should have beaten Vandy, and then we could be heading to Atlanta to dodge bullets while eating chicken sandwiches on New Years Eve. But that didnt happen. So we should make the best of what options we have and head to Nashville for the third trip. Yes, like the Godfather and Star Wars trilogies, the third will be the weakest of the three, but it is better than going to Memphis and potentially losing to a Conference USA team, thus forever taking away two of our favorite Louisville-mocking terms (Liberty Bowl and Conference USA). If we are going to lose, let it be to the ACC, not Lou Holtz's son or the school that produced Steve Kragthorpe. I know it is likely that fake Elvises are in our future, but please Mitch, Rich and SEC suits....give us Nashville again and let the dorks at Vandy go to Beale Street. Maybe it will loosen them up and give me the chance to finally go to the Music City Bowl dateless.....UK to the Music City Bowl!!!!