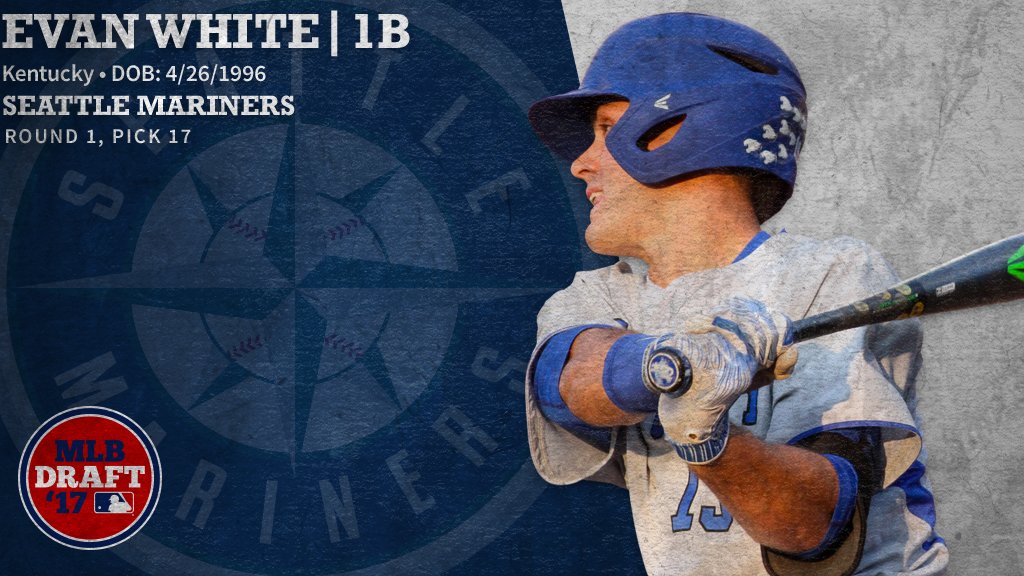 The Seattle Mariners selected Kentucky first baseman Evan White with the 17th-overall pick in the first round of the 2017 MLB Draft on Monday.

White was a player the Mariners had their eye on all season.

"We got a player in mind that we're hoping to get, Evan White, first baseman University of Kentucky," southeast regional scout supervisor Jesse Kapellusch said.

Go inside the Mariners Draft Room for the selection of @Ewhite_19. pic.twitter.com/JGnOerKKt1 – Mariners (@Mariners) June 16, 2017

It's awesome to see White go to a team that really wanted him. I know Big Blue Nation will be keeping a close eye on White throughout his professional career.