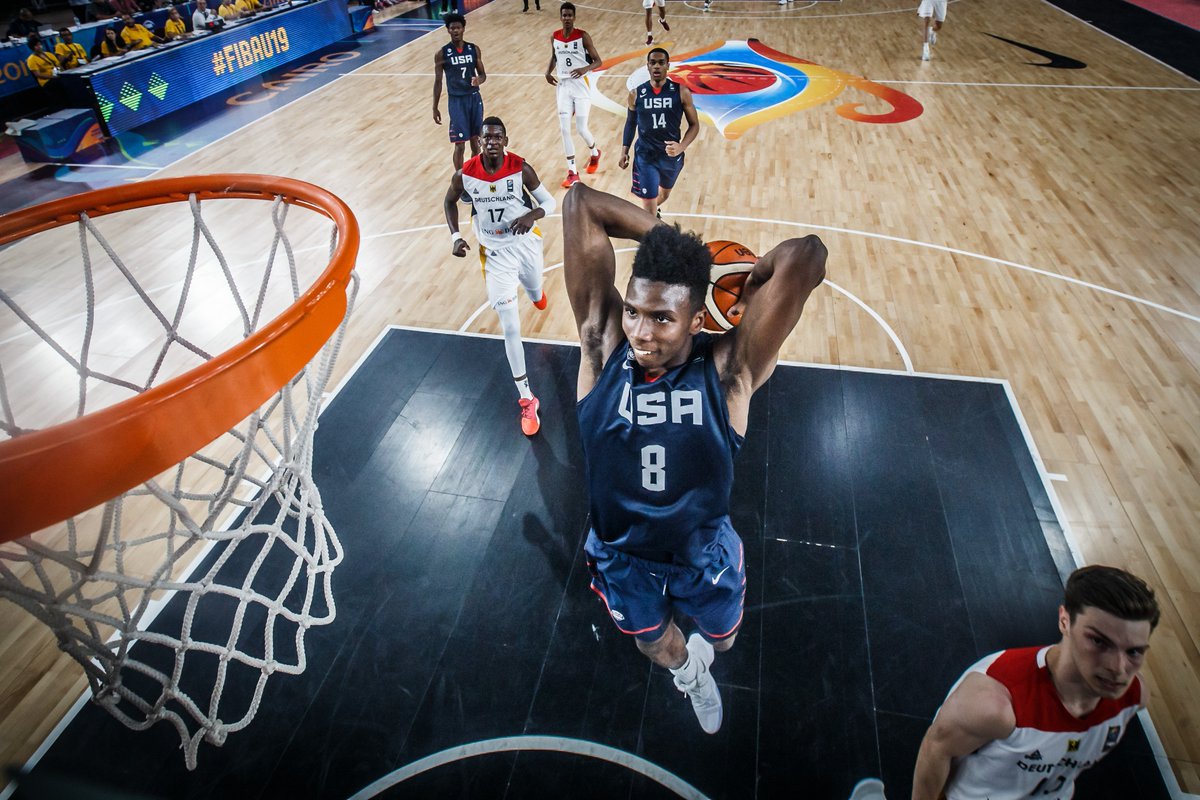 @FIBA[/caption] We've seen him dunk.  We've seen him score.  Will we see Hamidou Diallo's acclaimed perimeter defense shut down one of the world's best scorers? When Diallo first committed to Kentucky, fans drooled over his seemingly endless dunk-filled highlight reels.  Then UK fans marveled at his length.  The final piece of the puzzle was Diallo's defense.  He was tagged as, "best perimeter defender since DeAndre Liggins," without much to reinforce this belief.  Today he gets a chance to prove it. Leading Team Canada is the FIBA World Cup's second-leading scorer and the No. 1 player in the 2019 class, R.J. Barrett.  A prospect that plays prep school ball for Montverde Academy, he is averaging 19 points, 6.6 rebounds and 4.6 assists per game.  Yesterday he went crazy and dropped 27 on France. https://www.youtube.com/watch?v=Ht8jj7xb6mY A 6'6" swingman, his game is similar to Diallo's.  Barrett is not the best perimeter shooter (23.1 percent for the tournament) but he is one of the best at finishing near the rim. Some coaches might use a bigger defender, like P.J. Washington or Cameron Reddish, to use their physicality to keep Barrett out of the paint.  I do not foresee that happening today.  John Calipari wants to test Diallo like he has not been tested in years.  If Diallo passes that test, the BBN will know he's the full package, prepared to lead Kentucky in 2018.