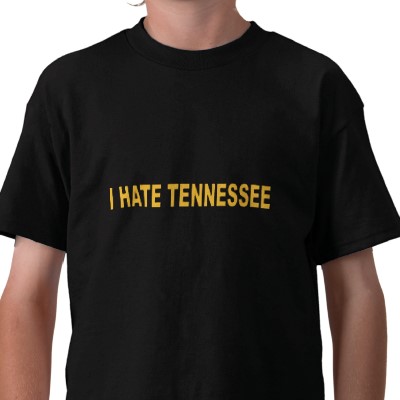 I am back in Louisville after an amazing week in Maui with the Cats. There will be time to review some of the specifics of the trip at a later date, but for now the focus should be on one thing. The Cats simply have to beat the Vols tomorrow. I selected tomorrow as my day to run the blog for one reason...we are going to beat Tennessee tomorrow. Its just time and it must happen. There are many reasons to predict against the Cats (25 to be exact), but there are also a number of reasons that this is the year: --- The Vols have arguably their worst team in a quarter century. They are playing better, but still terrible...and their coach is a boob. --- It could be Randall Cobb's last game and he is going to what is essentially his hometown to enact what would be a great final revenge...that is Disney movie type potential. --- Joker needs this win to get the team the record it deserves this year (7-5) and to prove that it was worthy of the status of "team that could have/should have beaten the potential future national champion" --- 25 years is plenty...and God knows this. --- There have been too many crimes against humanity in the UT athletic program over the past 18 months to deserve any reward. Losing on Saturday and thus not getting a bowl berth....well its karma. --- Mike Hartline is destined to be the most underappreciated QB in UK history...but to really reach that title, he needs to not only beat UL and win bowl games, but end the UT streak. Its destiny. There are other reasons (mostly the potential comedy of Drew Franklin trying to storm the field and take down the goal posts at Neyland Stadium after the game), but the reality is that everything must come to an end, and tomorrow is the day for the Streak to hit that mark. Things are setting up for this game to not only be huge from a rivalry standpoint, but also a season standpoint. Win and you could go to the Gator Bowl to play Michigan....lose and it might be the Birmingham Bowl vs Louisville...ugh. Jodie Meeks (the noted Tennessee killer) has already been in prep mode for tomorrow by getting 18 points in 8 minutes against the Miami Heat tonight in his first half. All of Big Blue Nation is ready and tomorrow is the day. When it happens, we must celebrate...I will be doing a TENNESSEE GOES DOWN LIVE BLOG beginning at around noon and then the post game show on WHAS 840 AM an hour after the game ends will be officially in party mode after we prevail. Come to the site early and often tomorrow, but more importantly just get ready to celebrate. Tomorrow is the day we do it...call out to the spirt of Mark Higgs...the Vols shall fall. And of course, lets remember these facts about the Vols: --- They low down, they dirty, they some snitches. --- Neyland Stadium looks like a garbage truck worker's convention --- Its not the kind of orange that you can sit with --- Its that throw-up orange...that puke inside of a pumpkin orange...and I dont like pumpkins I hate Tennessee, and I cant stress that enough: