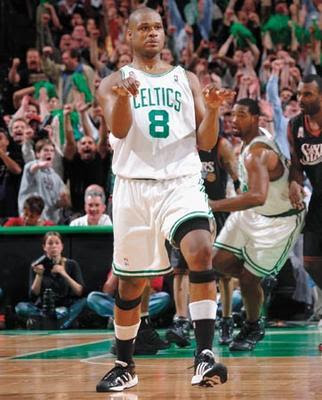 Beisner mentioned this yesterday, but it is worth its own post. The former UK legend who was once asked why he shot so many threes and responded with the immortal line "because there are no fours" is back in the news as he attempts to make a comeback with the Idaho Stampede of the D-League. Walker at one point was an NBA All-Star and could claim to be one of the top 10 players in the NBA. Then his weight went up, his game went down and now he finds himself in the Developmental League. Walker famously went bankrupt and is trying to lift himself up off the mat...and for that I commend him. Its a longshot that Walker will ever see the League again, but I am pulling for him and the chance to see his shimmy one last time in the Big Show.