Here are the uniforms for the Spring Game 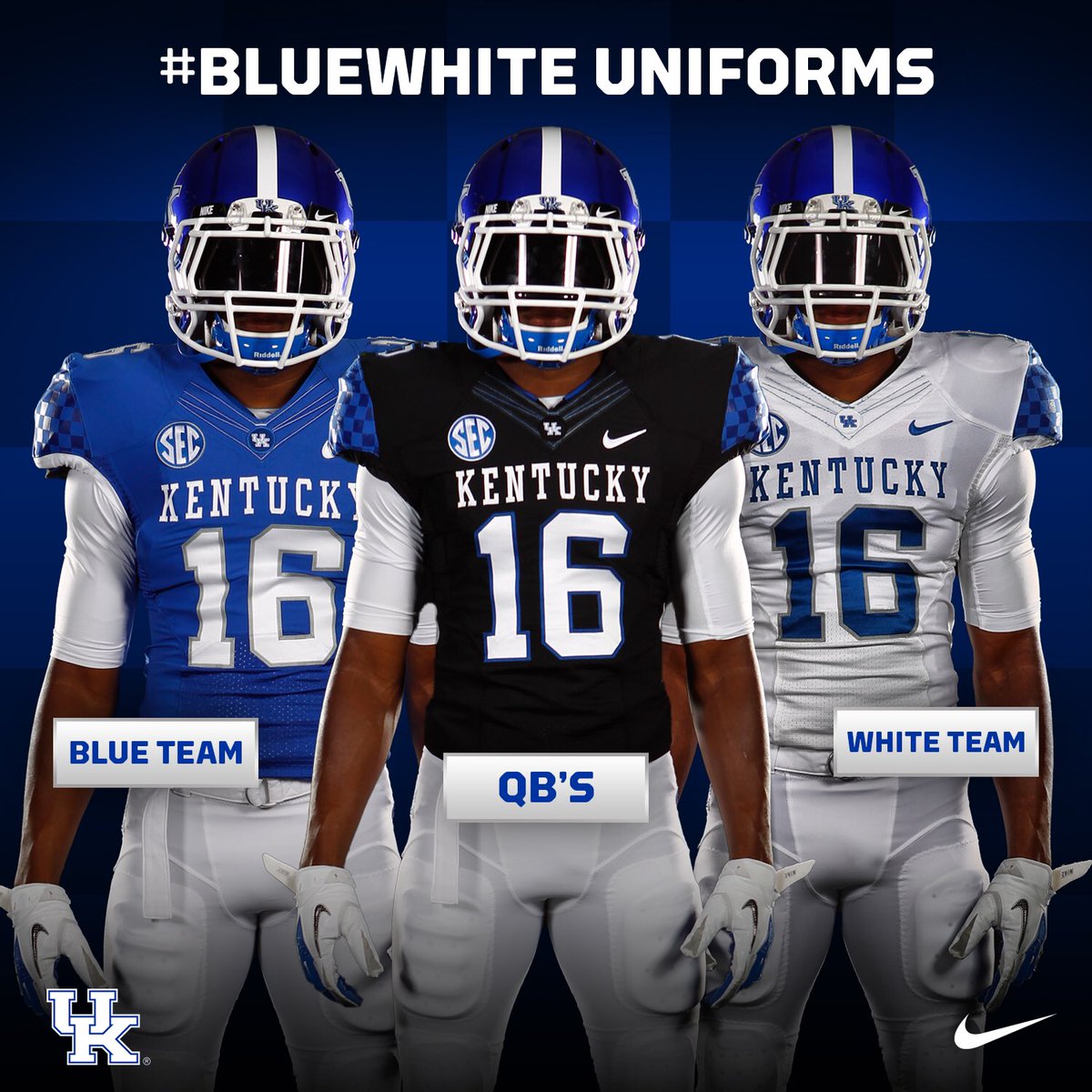 Less than 24 hours from now, the Spring Game will be underway at Commonwealth Stadium, and to get fans in the mood, UK released this sneak peak of the uniforms, which are NOT the new ones unveiled in February. (I guess those haven't come in yet.) Regardless, here's what each team will be wearing: 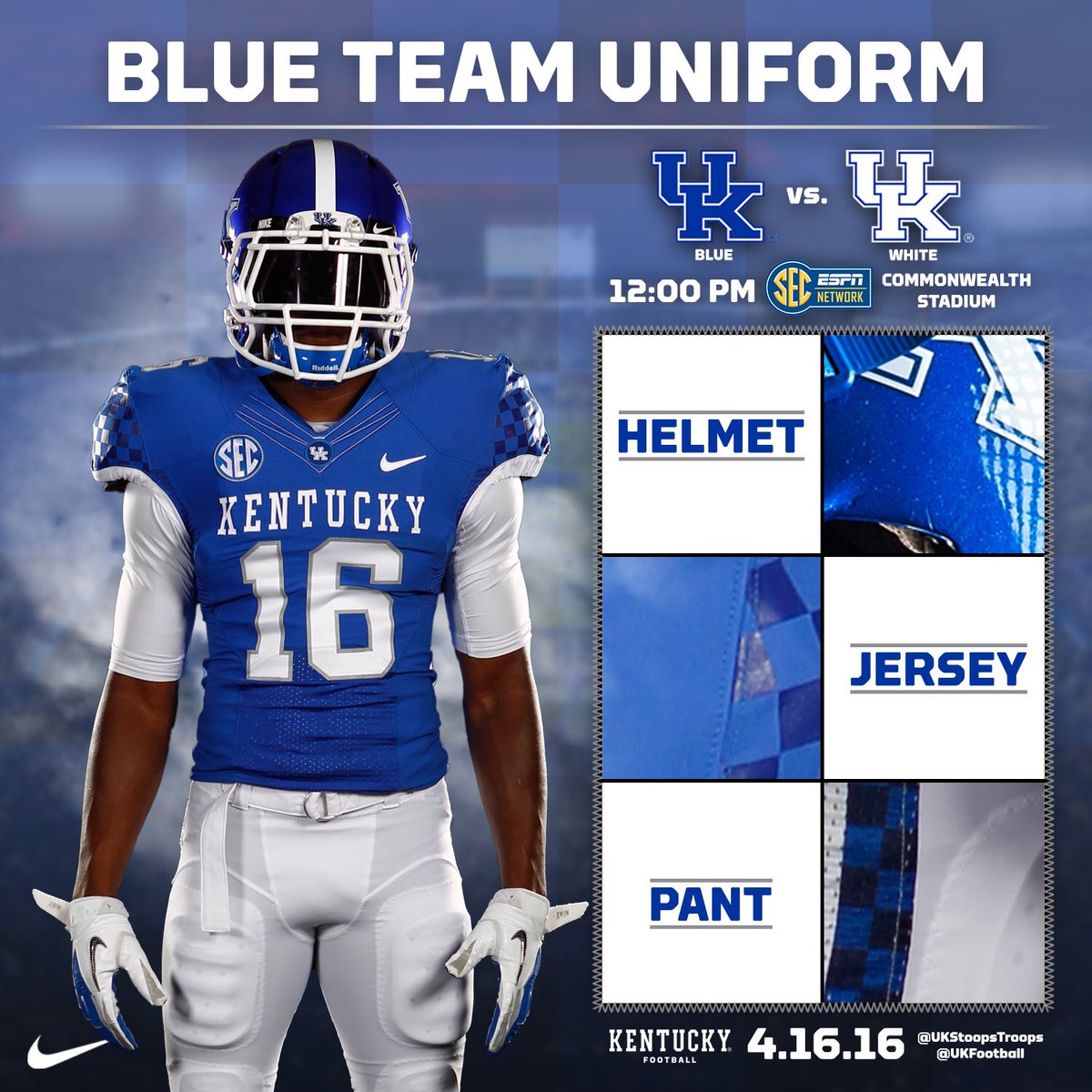 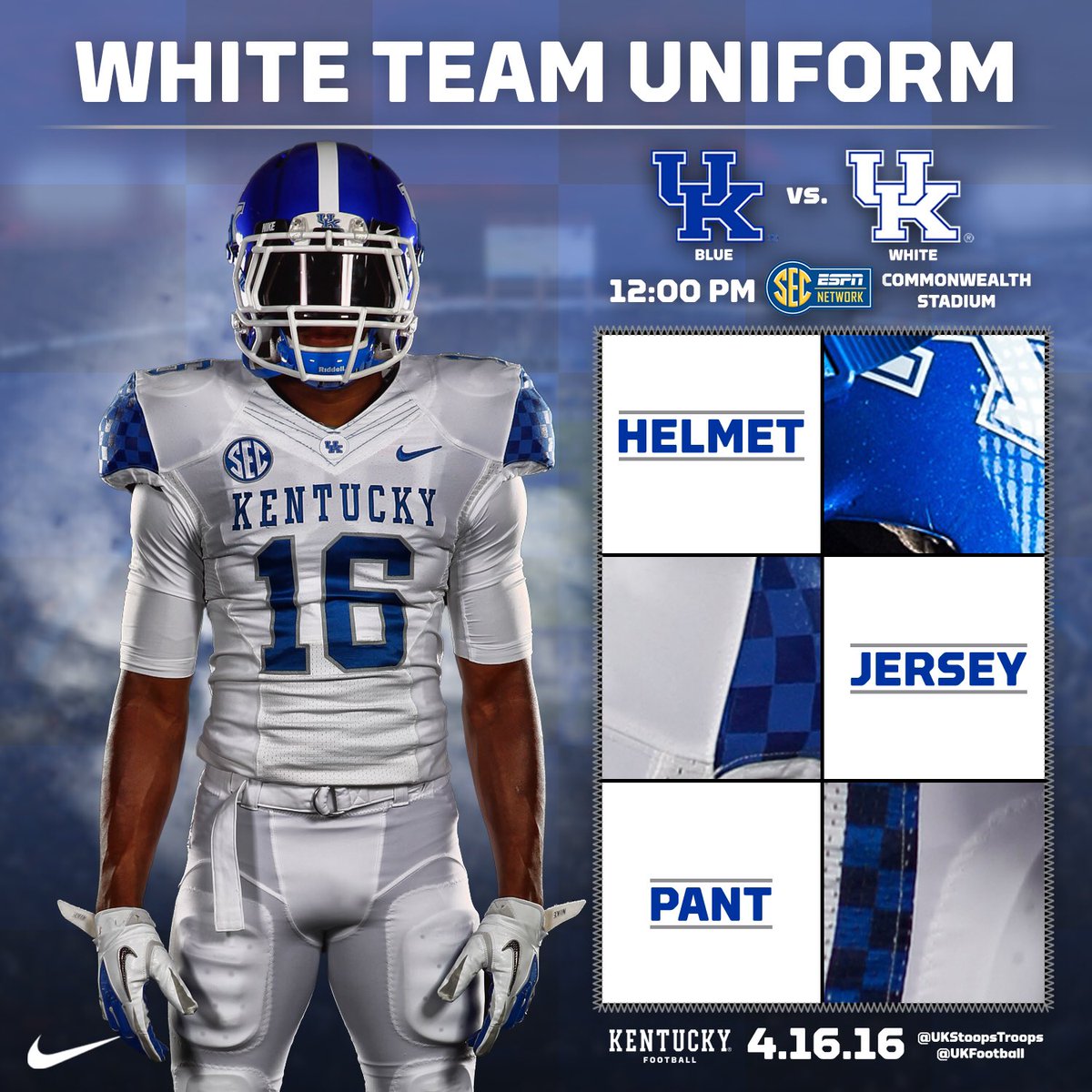 Blue is the starters and white is the second team. The QBs will wear black: 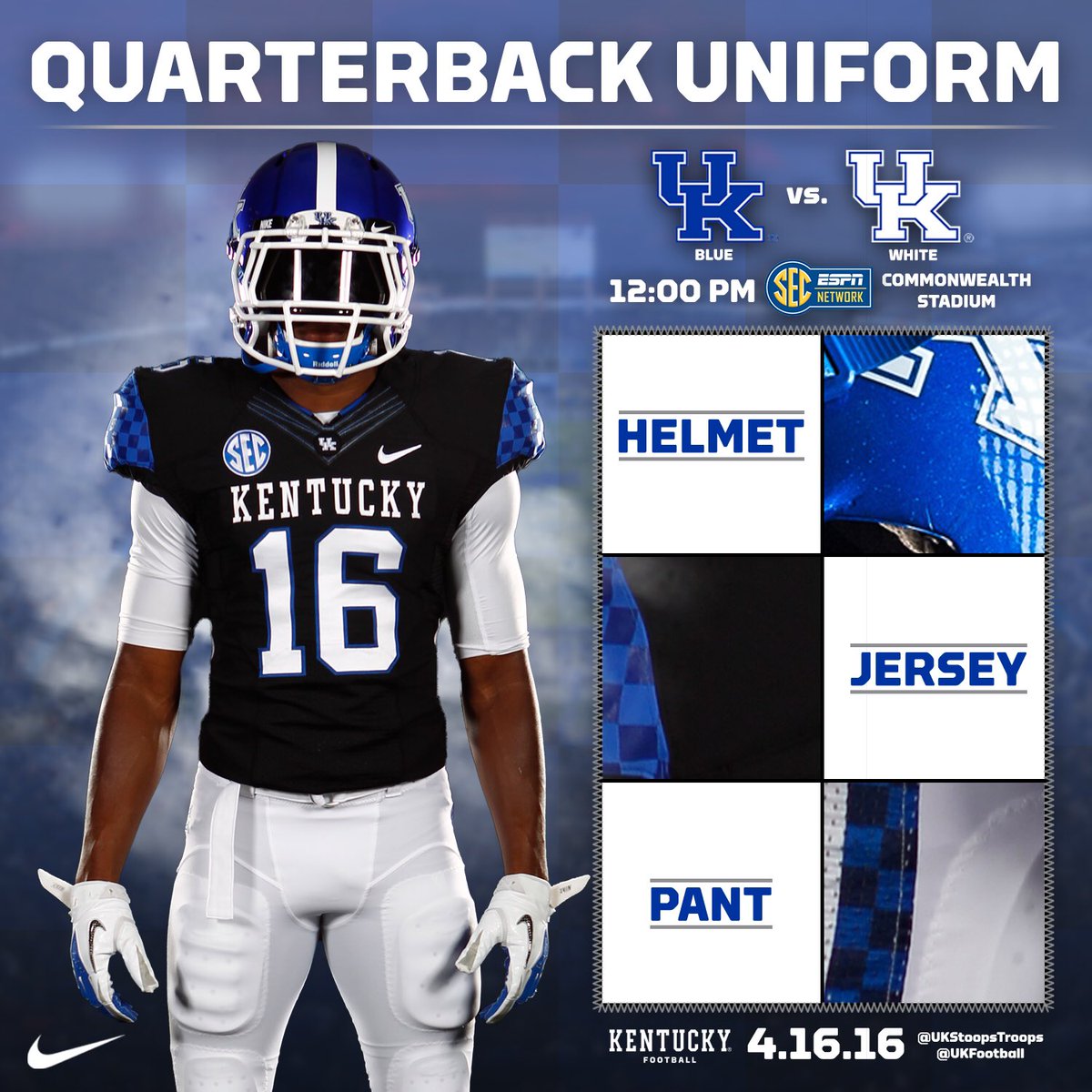 These guys are excited to see the #BBN out at Commonwealth Stadium for the #BlueWhite Spring Game tomorrow! pic.twitter.com/Nq6UEvm32o