Kristen Geil
While you're killing time waiting for the Harrison twins to announce their college decision, take a few minutes to check out the best posts from KSR College from this week. This week's edition is brought to you by the Barnstable-Brown twins, UK's most famous twin alumni to date- a status that will hopefully change at around 5 pm this afternoon. 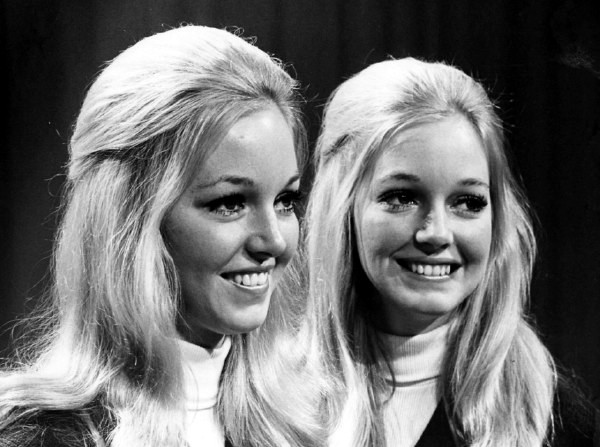 Starting with the obvious, it's Harrison Day here in Big Blue Nation. Will Totten analyzes the pair in regards to Cal's recruiting efforts, along with Julius Randle and Andrew Wiggins, in "UK's 'Big Four.'" Calipari- shooting for the moon since 2009.   Hayley Minogue got in on the twin fun too (two?), asking Twitter followers to guess how the Harrison twins will reveal their college decision. At this point, not even skydiving into the ESPNU studio with a UK parachute would surprise me.   I didn't get a chance to watch it myself, but Twitter was chatting away about ESPN's 30 for 30 documentary "Broke," which aired Tuesday night. Many current Kentucky players paid attention, and Dean Bowling gathered their responses to the sports doc. Hopefully the young fellas learned something from watching- you can only afford so many white on white Bentleys.   We've talked a lot already about what to expect from this year's basketball team, but Brooks Holton posed an interesting question, asking "Who Will Be This Year's MKG?"- that is, who will be the player who leads by example and work ethic?   And finally, with no news yet of the alcohol ban being lifted in time for Saturday's home football game against Mississippi State, Tara Bilby addresses a different perspective on the ban and asks if it's possible that Eli was simply attempting to improve UK's image in the national media.   @KristenGeilKSR