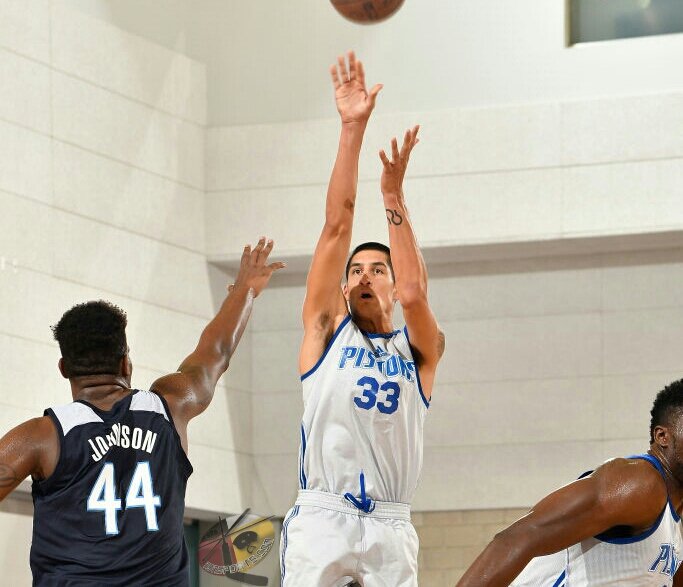 Derek Willis finished with 8 points, 3 assists and 1 rebound in 11 minutes of play in his second summer league game for the Detroit Pistons. Willis went 3-of-5 from the field and 2-of-4 from three-point range. The Piston defeated the Knicks 103-78. Willis' most impressive point of the game came with this one-footed shot, doing his best Dirk Nowitzki impersonation.

Derek Willis getting his Dirk on in Orlando #NBASummer League. pic.twitter.com/pBJBQKepoK

Here are videos of Willis' two three-pointers via @Scott_Charlton.

ICYMI: Willis finished with 2 points (o-for-1 from behind the three-point line), 2 rebounds, 2 steals & 1 assist in ten minutes of action in his NBA summer league debut yesterday. Willis and the Pistons next summer league game is on Tuesday, July 4 at 5:00 p.m. ET.