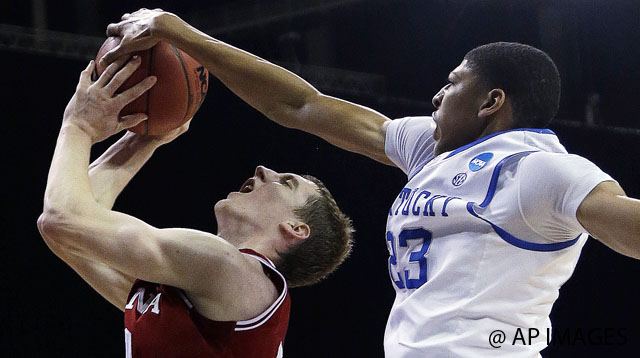 Since the Kentucky/Indiana regular season series ended in 2012, many fans have hoped the two programs could reach a compromise and renew the series.  Indiana athletic director Fred Glass believes that is possible. Speaking at an IU fan event, Glass hopes to renew the rivalry between the Hoosiers and the Wildcats within the next five years.  He's willing to compromise to make it happen. "I'm optimistic that we'll get it put back together, primarily because I think it's a very important series.  I'm willing to compromise on some of the principles that we had set out, in terms of gotta come back to campus and all that.  So I don't want to negotiate, or put my cards up, lead my chin or whatever the metaphor is, but we're willing to work with Kentucky to do something that makes sense for them to get the series back on track.  And Archie (Miller) has good relationships with Coach Calipari, so I'm hopeful that we'll be able to feather that into the schedule in that (five year) time frame." The sound of Glass' words perked up Oscar Combs, the conductor of the "renew the IU/UK series" train. His Tweets sparked a response from DeWayne Peevy, the man in charge of creating the Kentucky basketball schedule. https://twitter.com/UKDeWaynePeevy/status/870353969566154752 If you didn't think it was possible to see the return of the border state rivalry, think again. See everything Glass had to say here, starting around the six-minute mark.