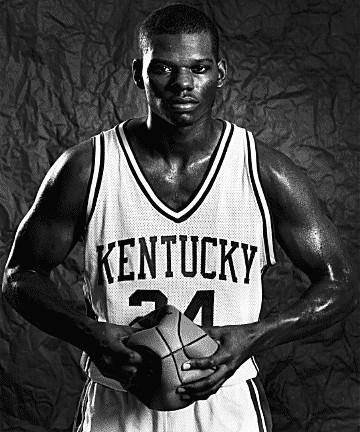 All-time great Jamal Mashburn has seen some basketball in his time. So when he speaks, you listen. Mashburn was in Nashville Friday night at the SEC Tournament to accept the Kentucky legends award at halfcourt in Bridgestone Arena. Since leaving the game as an SEC Player of the Year, a first team All-American, a 1993 Final Four, an NBA All-Star, and finishing his professional career with more than 11,000 points, Mashburn has gone on to become a successful business man. He own 40 Papa John’s, 39 Outback Steakhouses, two car dealerships, and is part owner of the horse racing stable with Rick Pitino. He believes when the NCAA Tournament selection committee is looking for teams and the decision is tight, money talks.

The one thing I've always said since I played professional basketball is I understand the business of basketball … If there's a toss-up between another mid-major and the University of Kentucky you have to take into account what they've done on the floor, but as you can see, with the SEC Tournament, UK fans travel, so I think that's going to be in consideration. It's not like they deserve any extra treatment than any other program but I do think the committee is going to look at the business side of it. [Source]