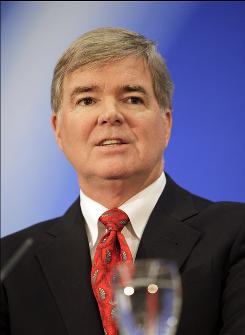 I know, I know.  At this point we’ve all pretty much moved on and have accepted an Enes-less season.  Hell, BTI even wrote a post about it.  But it looks like common sense favorite Jay Bilas wants one last crack at Mark Emmert – likely inspired by Drew Franklins trip to the NCAA.  Bilas echos what we have been saying and calls Emmert out for his double standard as the president of Washington, then the president of the NCAA.  Seeing as how the commentary is ESPN insider material, and seeing as how I went and bought an ESPN insider account to bring you the last Jay Bilas on Enes news I figure I owe it to you to bring you this one too.

I got a kick out of NCAA President Mark Emmert’s statement regarding the denial of the final appeal of Kentucky hopeful Enes Kanter. The rules and the ultimate ruling that declared Kanter permanently ineligible are reasonable based on the facts. Reasonable minds can differ with the fairness of the rule and the ruling, but any NCAA representative would be within the bounds of reason to state that the Kanter ruling was justified based upon the rules and the established facts. However, for any administrator to suggest that “the vast majority of people in college basketball knew that [Kanter was a professional]” and that the reason that a relative few schools recruited Kanter was because they “knew” that there was a “very large probability that he was not going to be deemed eligible” is patently absurd.

It is laughable when one considers that Emmert was the sitting president of the University of Washington when Lorenzo Romar recruited and received a commitment from Kanter, and when Romar openly stated his disappointment when Kanter de-committed from UW to go to Kentucky. The truth is, Emmert has no earthly idea what people in college basketball “knew.” But let’s assume that he did, and that everyone did indeed “know.” If everyone “knew,” one would presume that the president at Washington knew, as well. Why would a president with direct knowledge of the situation allow his basketball coach to recruit and secure a commitment from a known professional that was hashad such a high probability of being ineligible? And if the president didn’t know, why would he even suggest such a thing simply to support an NCAA ruling?

Jay Bilas, we love you too.