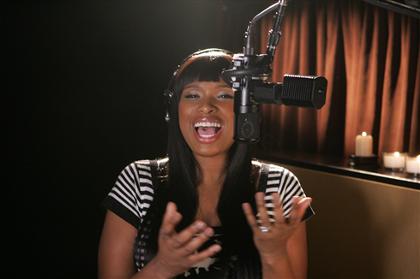 Several comments about the video below: 1) I understand that Luther Vandross died.  Did they lose his recording of One Shining Moment?  Point being, was there something wrong with his version that CBS decided to go in a completely different direction? 2) Jennifer Hudson has a fantastic voice.  And it absolutely DOESN'T work for this song.  She was off key throughout and clearly was trying to stretch out some of the notes to "showcase" her talent.  The word that came to mind was selfish singing.  3) Why were there like 4 cameos from Hudson during the video.  I missed where she played in the tournament.  Did we need shots of her in the studio singing every 30 seconds? -I certainly hope this was a 1-year project by CBS, because it was a HUGE FAILURE.  Again, this is not a criticism of Hudson's singing skills.  The girl has some skills.  But it didn't work here, and it honestly was a disappointing end to a fantastic tournament.