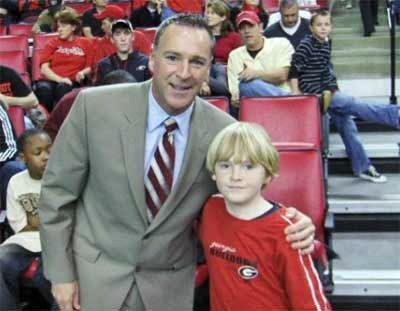 This is just a quick post to make sure and not let "House Money" Jimmy Dykes's latest comment get you to worked up. In case you missed it, Dykes sent out a Tweet that said: John Wall says he's not having fun and tries not to listen to Calapari. Keep an eye on this situation. Wow! This almost certainly comes from the Alan Cutler story Saturday about Wall and his comments made to the media. Calipari addressed those comments today and said, "He comes in like a puppy dog and says, 'Coach I need to talk to you, I am frustrated.' I told him, 'just play and enjoy yourself. When you play bad, its ok to play bad. You act like you cant play bad. Yes you can. He came over and said 'I love you" and hugged me and left." So there you go, besides the awkwardness of the Calipari-Wall man-love hug, the story has been addressed. As I said on Saturday, context is key to this story. Wall wasnt saying that he doesnt listen to Calipari ever...just that he tunes out criticism at times during games. That is a very different point and those that act like there is a Wall-Calipari rift are just creating drama. Dykes is just late to the party with his tweet and is taking 48 hour old news and placing it in the mainstream again. Dont sweat it...you read this site and knew before Dykes that it wasnt a big deal.