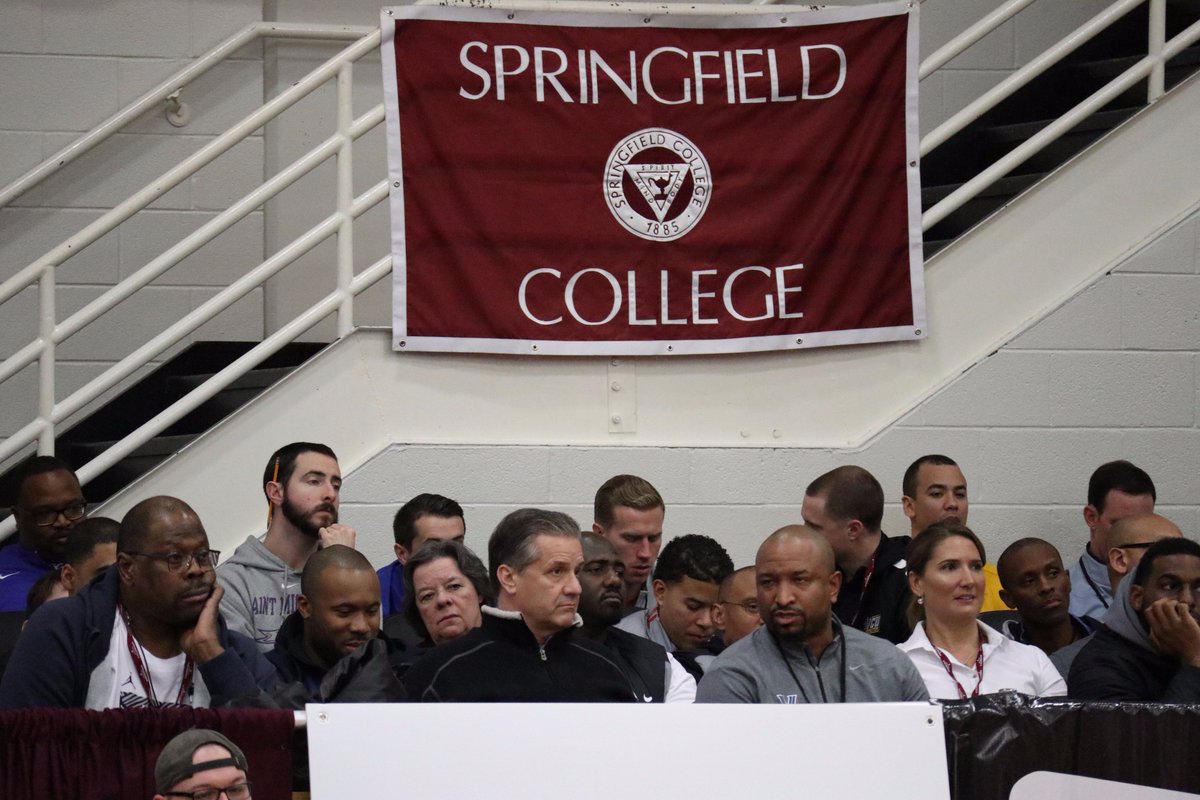 @BadGalAlPal[/caption] After pulling out a victory against Vanderbilt in Nashville last night, John Calipari hit the recruiting trail to check in on some popular five-star prospects. Evan Daniels reports John Calipari was in attendance to watch 2018 five-star center Moses Brown, where he finished the day with 21 points. https://twitter.com/EvanDaniels/status/952627514802884608 With Zion Williamson set to make a decision, and Clemson considered the favorite, Brown's situation is very interesting. He has yet to receive an offer from Kentucky, despite publicly pleading for one. The coaching staff reportedly sees him as an extremely raw project player, and may be waiting to see who leaves from the current team before making a decision on him. If Williamson heads elsewhere, and options remain limited, their hand may be forced to offer and accept a potential Brown commitment. If they wait too long, Brown could grow tired of waiting and head elsewhere, leaving Kentucky with even fewer options. If news breaks that Calipari extended an offer to Brown this weekend, be prepared for another addition to Kentucky's 2018 class. Jeff Borzello reports Calipari will also watch 2019 five-stars Scottie Lewis and Bryan Antoine, two top-ten talents, this afternoon. https://twitter.com/jeffborzello/status/952626387814199296 Ben Roberts of the Herald-Leader says the UK coaching staff will stick around to watch 2018 signees Immanuel Quickley and Keldon Johnson, along with 2019 No. 1 prospect Vernon Carey. https://twitter.com/BenRobertsHL/status/952626644803563522 Pretty big weekend for finishing up the class of 2018 and laying the foundation for the 2019 recruiting class. Go Cats.