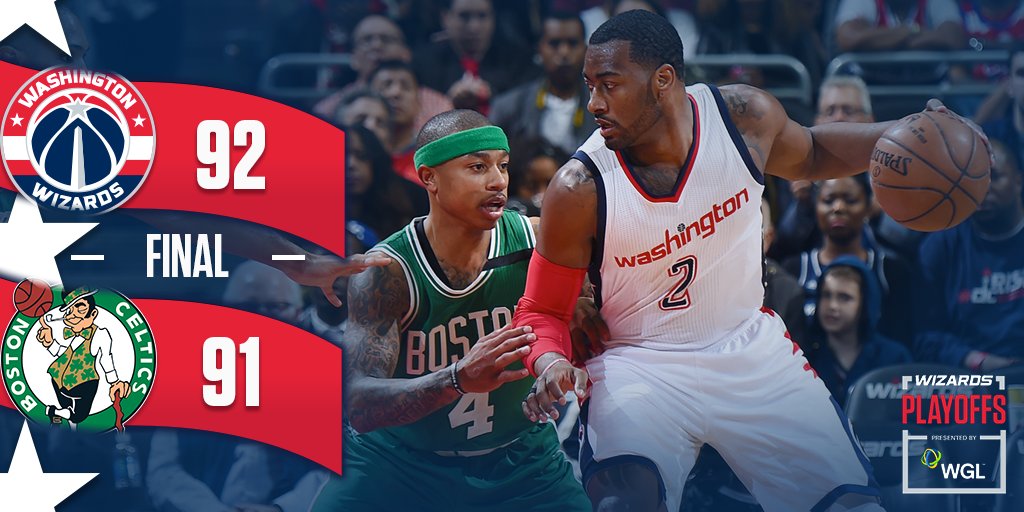 (Image via @Wizards)[/caption] What a postseason John Wall is having! While he started off struggling in a game 6 the Wizards had to win, he saved his best for the second half. While it looked like the Celtics were going to pull it off with some clutch plays from stars Isaiah Thomas, Avery Bradley, and Al Horford, Wall had other ideas. The Wizards struggled to even get the ball in bounds on their final possession but Wall came to get it at the last second. The former UK star hit the game-winning three pointer with 3.5 seconds remaining to send the Wizards to a decisive game 7 Monday night in Boston. Wall finished with 26 points and 8 assists. https://twitter.com/NBAcom/status/863222934067916800 You might have heard pregame about the Boston Celtics arriving at the arena in all black. Let's just say the Wizards didn't like that: https://twitter.com/RTNBA/status/863226781226196992 This video just makes me so happy for the former UK star: