Karen Sypher is a free woman
Article written by: 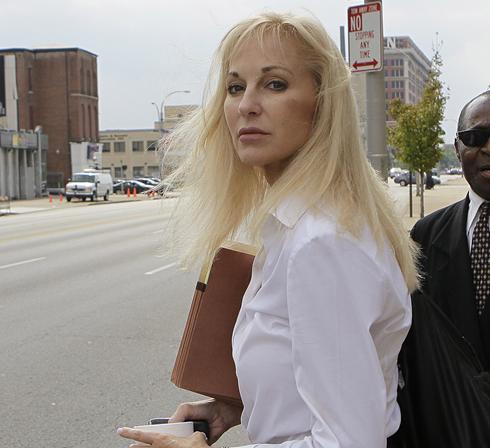 After nearly seven years in prison, Karen Sypher is a free woman.

Pitino then said when asked about the sexual encounter, “unfortunate things happen.” They had a drink and moved to a booth just behind the bar. Pitino said, “one thing led to another” and then she “opened up my pants.” She asked Pitino if he had a condom and he said no. She said “well you have to pull out because I am fertile.” Pitino said this concerned him, but he continued and the entire sexual encounter “took less than 15 seconds.” He said he knows that he did not ejaculate inside of her. “We talked, I pulled my pants up and we left a short time later.”

Six-and-a-half years later, those statements still seem surreal. If you’re looking for something to do today, go back and read Matt’s posts about the trial. And, if you’re anywhere near Middletown, Kentucky, keep an eye out for Karen; she’s been spotted there in recent weeks.