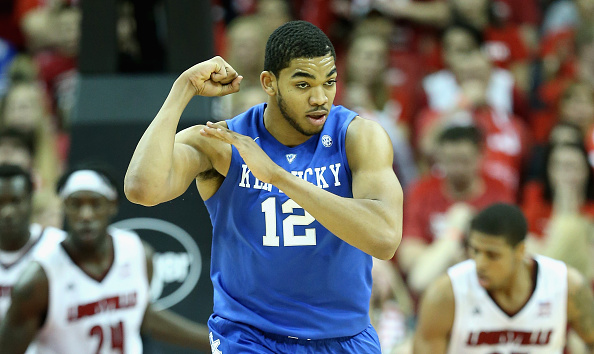 Getty Images[/caption] If you thought that maybe Karl-Anthony Towns was a one-sport athlete, you were 100% wrong. KAT was far and away the most impressive  in the Coach Cal Celebrity Softball Classic Home Run Derby. Towns won the home run derby with a walk-off in sudden death followed by an epic bat flip. Check out this video brought to us from CN2's KSTV:

As if the BBN could love Karl any more than it already does, he just keeps surprising everyone. Doesn't hurt that he eats, drinks and breathes Kentucky Wildcats in everything that he does, but still, the guy is like the perfect former Cat. And it wasn't just the home derby, Towns carried those skills to the actual game as well: