Karl Towns and MKG made it to the Craft Center
Article written by: 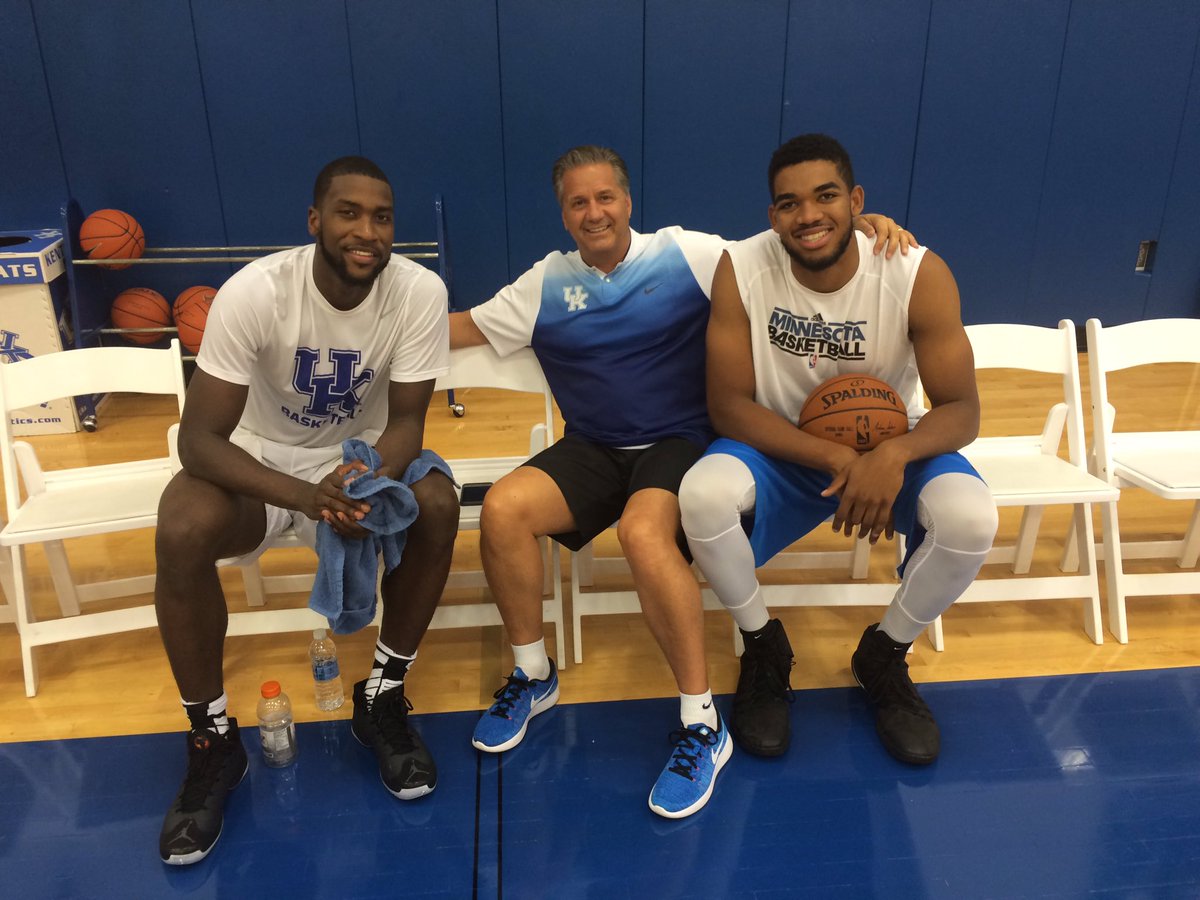 @UKCoachCalipari[/caption] While the campers take a lunch break, the players are putting in work.  Michael Kidd-Gilchrist put up some shots with Cal in his ear.

After knocking down some shots, the Kidd grabbed a seat on the bench while Karl helped split up teams for some pickup.  It's just some pickup, but it's still pretty freaking awesome.  As much as I want to break the rules and give you video from the game, rules are rules.