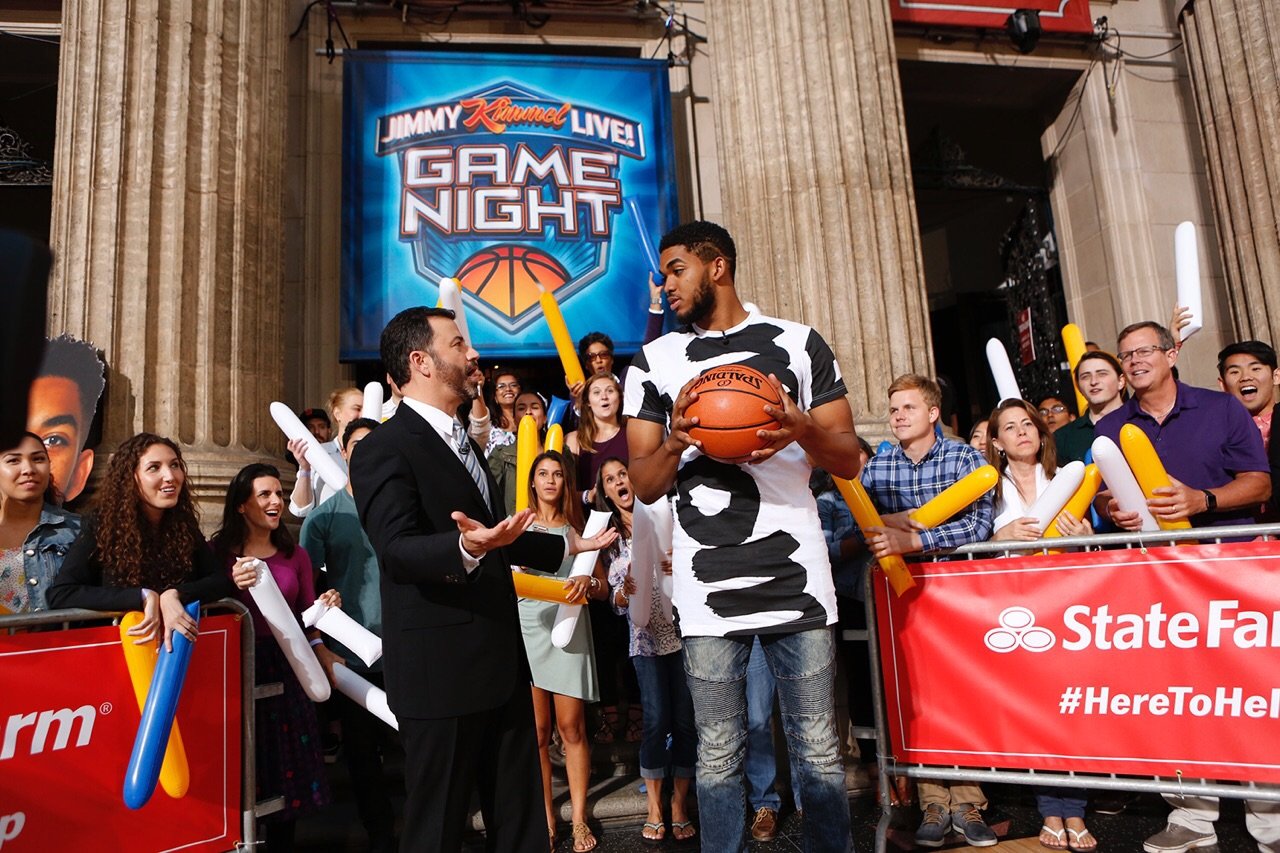 Is it just me, or is Karl Towns everywhere these days? Last night, Karl went on "Jimmy Kimmel Live: Game Night" before Game Two of the NBA Finals to attempt Kimmel's famous "Make It For a Million" full-court shot. The NBA Rookie of the Year had two attempts to make the shot across Hollywood Boulevard to split $1 million between the studio audience. We know Karl can stroke it from the outside, but could he pull it off? https://youtu.be/Xoyk-cLdpak It's okay, Karl. We love you anyways. And I'm sure the studio audience loved their corn on the cob on a stick.