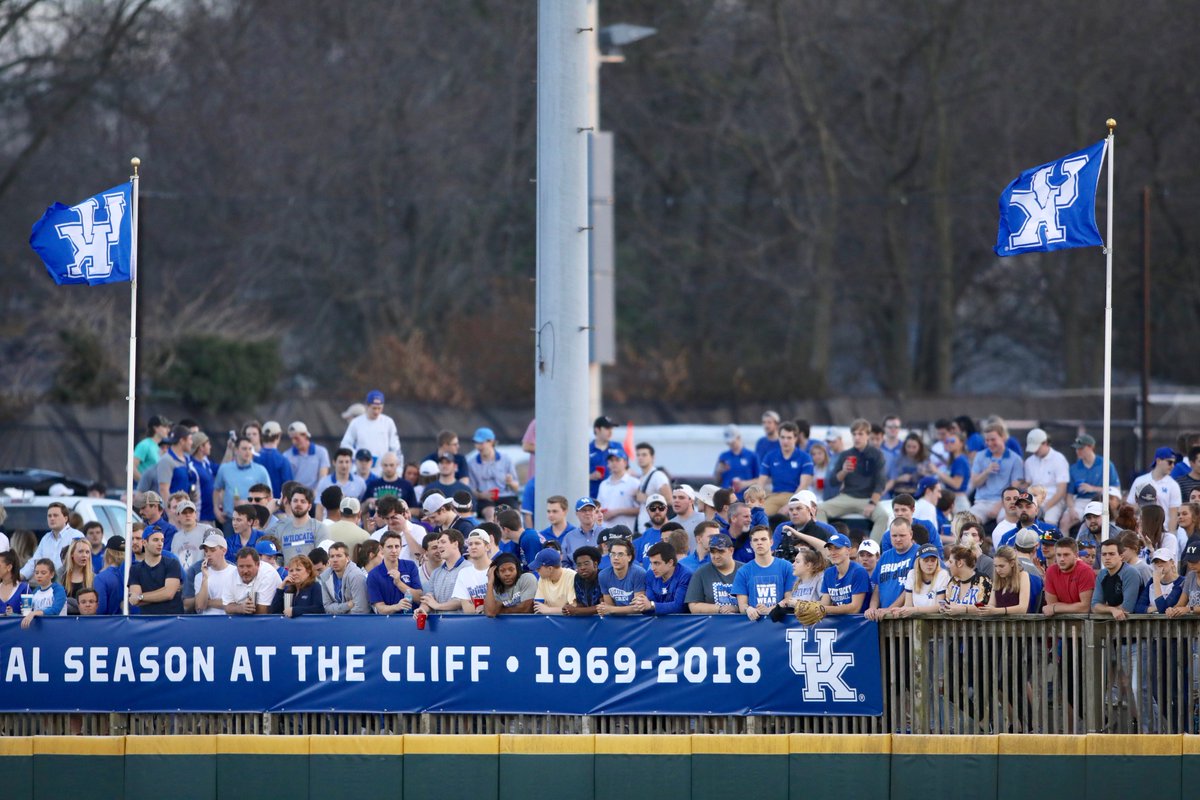 UK Athletics[/caption] In the final home opener at Cliff Hagan Stadium, Kentucky was upset by Xavier 3-2 in ten innings. Xavier sent the record-breaking crowd home unhappy as they handed UK their first loss of the season. The Musketeers scored the go-ahead run in the top of the tenth on a sac fly by Natale Monastra. Recap Before the record-breaking crowd had a chance to settle in, Xavier scored a pair of runs off Kentucky starter Brad Schaenzer. Allbry Major shot a two-out RBI single to center to put the Musketeers in front 2-0 in the first inning. It took two innings before the BatCats' offense responded. Trey Dawson and Tristan Pompey delivered singles to lead off the third. After Dawson moved up to third, Ben Aklinski drove him in on a sac fly to left. After a rough first inning, Brad Schaenzer settled in on the mound. The senior was pulled after five innings, allowing five hits, two runs, and striking out four. Xavier was never able to recoup the offensive success they found in the top of the first. Carson Coleman, Mason Hazelwood, and Jimmy Ramsey combined to throw four shutout innings out of the bullpen. The bullpen kept the Musketeers quiet while the offense slowly got rolling. T.J Collett roped a line drive home run into the capacity crowd at the Cliff to tie the game at two in the sixth inning. But even with the big hit in the 6th, it felt like UK was leaving a lot on the field. UK left 11 runners on base in the first nine innings, including leaving the bases loaded in the bottom of the ninth. Ryan Johnson and Collett struck out with the sacks full as Xavier staved off a UK rally in the 9th. Xavier was able to take advantage of UK's failure to drive in the game-winning run. Joe Gellenbeck doubled and advanced to third on an error with one out in the tenth. Gellenbeck came around to score on a sac fly by Natale Monastra that gave Xavier a 3-2 lead. After striking out two with the bases loaded in the bottom of the ninth, Trey Schramm returned in the tenth to shut down UK. Schramm used a dominating strikeout to retire the side in the tenth and hand UK their first loss of 2018. [mobile_ad]