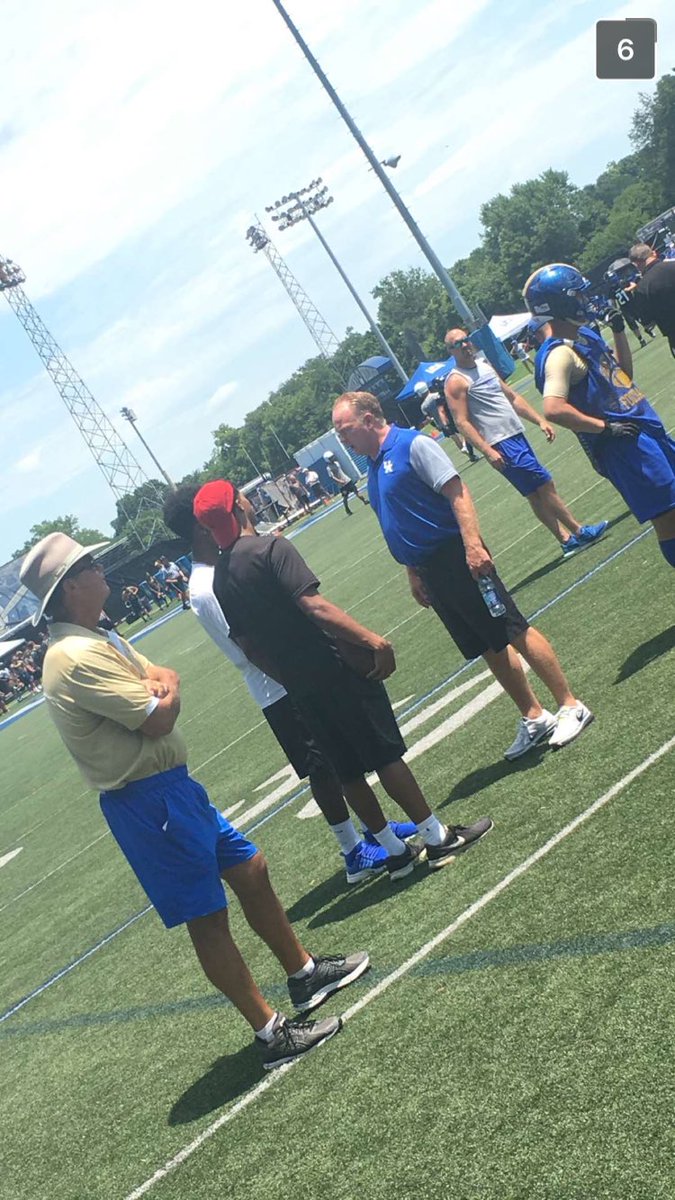 Smith spending some time with Mark Stoops earlier this summer (@jkingjackson3)[/caption] Cassius Smith will walk-on to play defensive back for the University of Kentucky.  The Lexington native and Henry Clay alum announced on Twitter that he will join his high school football and track teammate, Davonte Robinson, in UK's DB meeting room this fall. Smith will be splitting his time on the football field with Army ROTC duty.  Smith received a four-year Cadet Command Scholarship, paying for his school before he graduates as a Second Lieutenant. The kid is a hard worker.  You shouldn't need more proof, but just in case: