Kentucky is Loaded at Tight End
Aritcle written by: 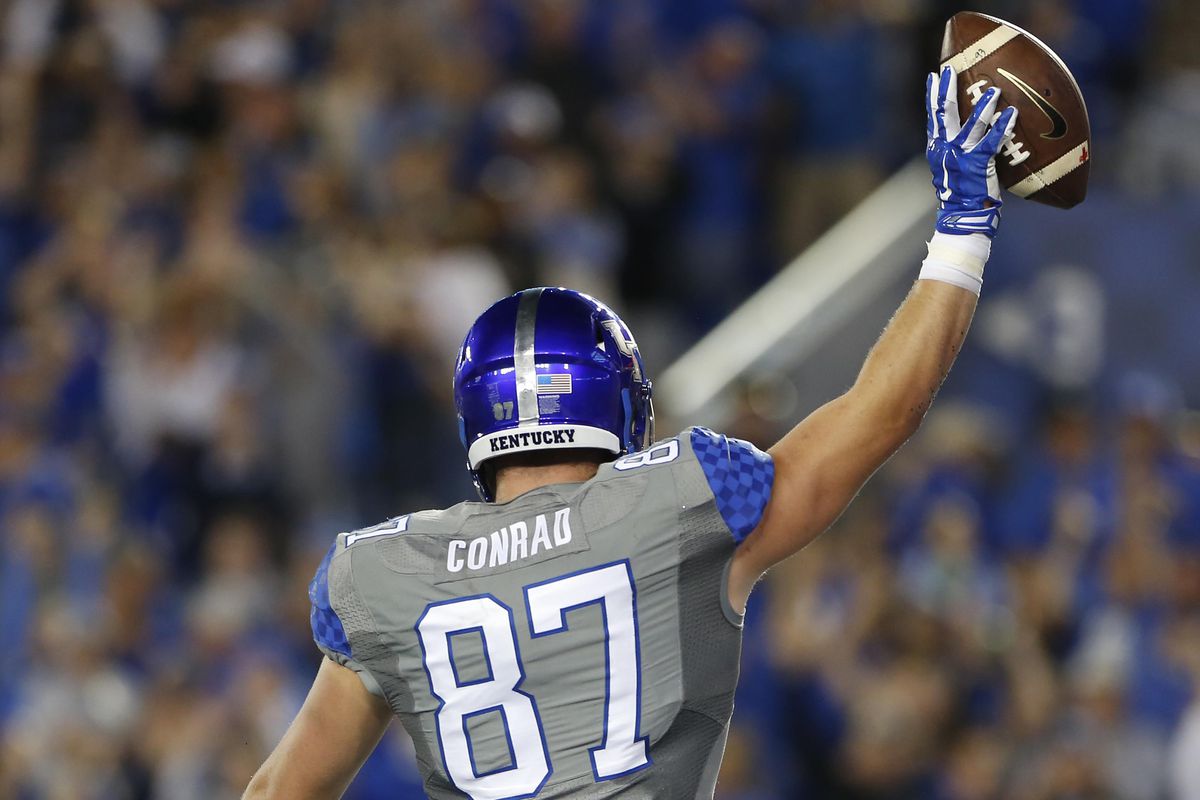 Mark Zerof[/caption] Eddie Gran and Vince Marrow have not one, not two, but three tight ends at their disposal, a luxury rarely seen at the University of Kentucky. "The three of them are battling every day. We’ve got three really good tight ends," Eddie Gran said yesterday.  "They’re great. Those two tight ends, those first two (Conrad and Hart), they work well together.  They’re all about each other and they’re about this football team.” Every time Gran has publicly talked about the tight ends during camp, he's praised them for being selfless, committed to doing whatever it takes to help the team.  The same applies at their specific position.  They are not hesitant to split reps. "They all three can coexist," tight ends coach Vince Marrow said.  "C.J.'s a real good tight end, but I can put the other two in there and wouldn't miss a beat.  That's where we're at now with our tight end position." C.J. Conrad became a fan favorite as soon as he stepped on campus.  Greg Hart earned significant snaps in his first season after transferring from Nebraska.  Like Hart, Justin Rigg played on special teams in his first eligible season, until a week two injury forced him to finish the regular season on the sidelines. Marrow said he could "blink his eye" and it wouldn't matter if Conrad or Hart was in the game -- he wouldn't notice the difference -- but Rigg still has to learn more from the veterans.  Marrow gave Rigg more reps than normal during the spring to expedite the process.  He knows Rigg has unlimited potential. "He's 6'6" 250.  A good end-line blocker.  He got a lot of girth back there.  He can run though.  But he has soft hands.  Don't let that fool you.  He has some of the best hands on our team too.  That kid is going to be..." Marrow paused, searching for the proper words..."He's going to be a big time tight end." With two veterans and an up-and-coming prodigy, the only piece missing from the equation is Stephen Johnson's ability to hit the tight ends on quick passes in the middle of the field.