Kristen Geil
According to Ryan Schmidt (coach at 22ft Academy), Kentucky will be at on hand tonight at Lees College in Jackson to watch MiKyle McIntosh and Jamar Ergas play ball. UK Assistant Coach Orlando Antigua had planned on watching McIntosh play earlier this week, but plans fell through for unknown reasons and instead, Kentucky staff will be in the house tonight. 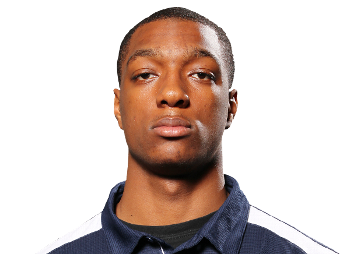 Want some background on these somewhat under-the-radar recruits? Sure you do. MiKyle McIntosh (above, left) is a class of 2013 power forward from Canada. At 6-6 and 225 lbs, McIntosh has been called undersized for his position; however, he possess a strong guard skill set and is able to handle the ball and finish strong at the rim. ESPN has him labeled as a three-star recruit, but a strong performance during a Christmas showcase in Canada has sparked interest from Kansas, UCONN, Florida, Ohio State, and North Carolina. Class of 2015 small forward Jamar Ergas (above, right) stands 6-4, weighs 180, and hails from Durham, North Carolina. Future 150 rates him four stars and the #15 player for his position in the class of 2015.   Got plans tonight? No? Head on down to Lees College at 7 pm and watch a couple of potential future cats. Start a "Go Big Blue" chant if you're feeling spunky.