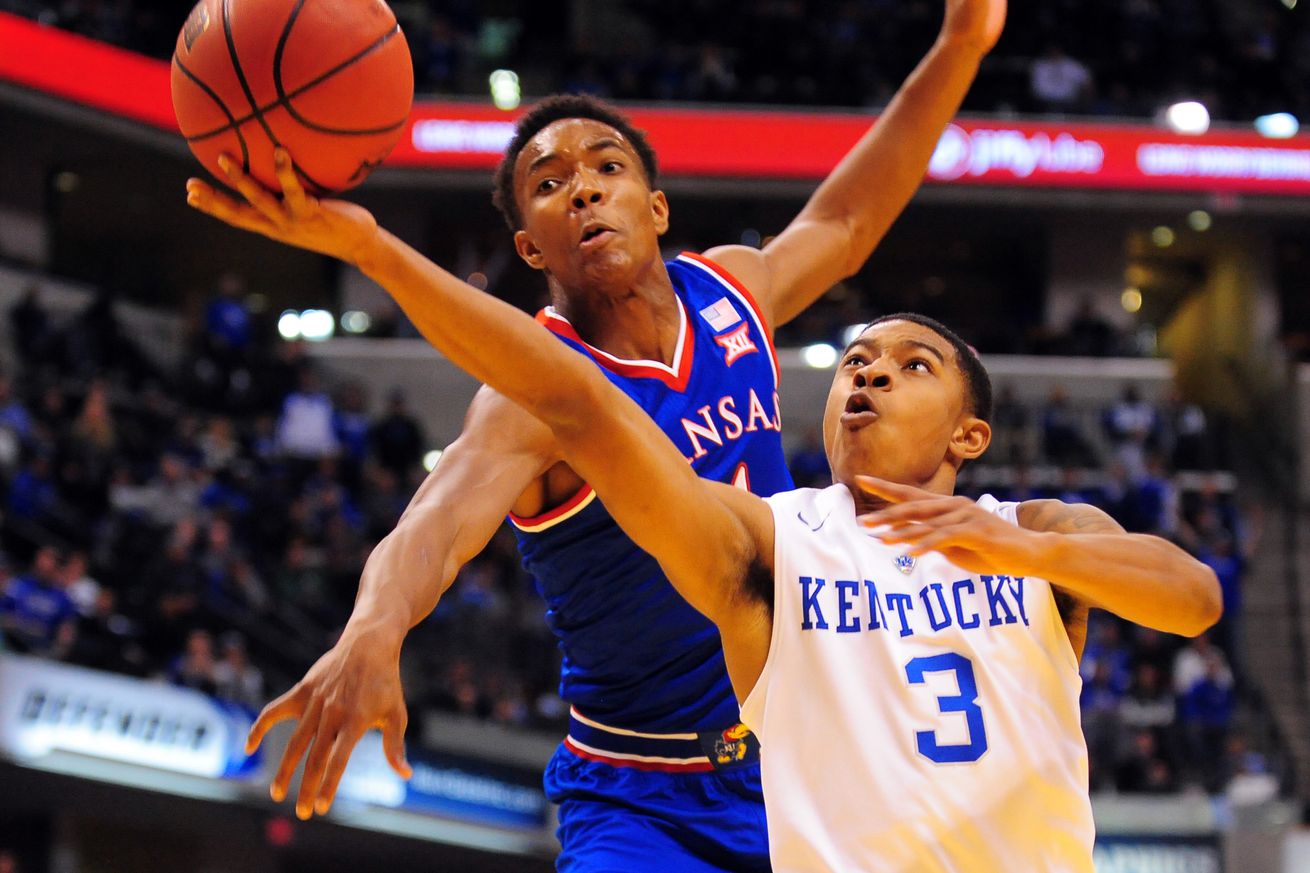 Kentucky's rematch with Kansas on January 28 in Rupp Arena is a game most of us already have circled on our schedules as the game of the season. Today, it was announced that the Cats vs. the Jayhawks will tip off at 6 p.m. on ESPN as one of the final three games of the SEC/Big 12 Challenge, making for a long and exciting Saturday of build up. Here are all the tip times (ET): [caption id="" align="alignnone" width="2048"] 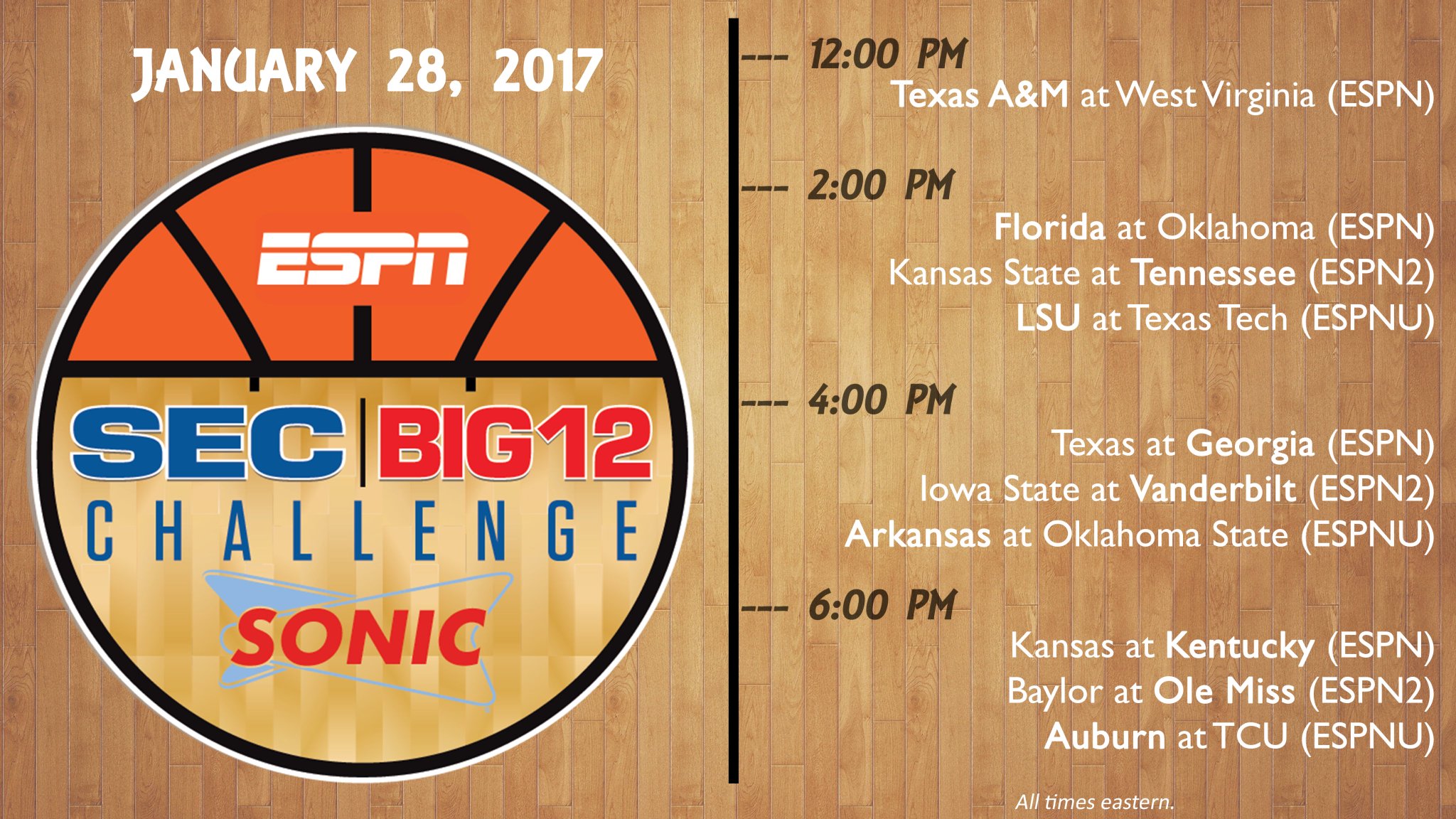 @SEC[/caption] That's going to be one awesome Saturday, both for basketball fans and ticket scalpers on High Street.