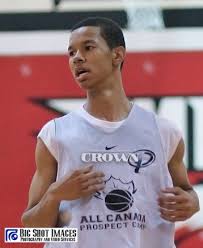 Negus Webster-Chan, a 6-foot-6 forward from Canada, took an unofficial visit to Kentucky over the weekend. Negus, who is being recruited by West Virginia, Georgetown, Louisville, Iowa State and more, has a few offers. While he only stayed for a day, Webster-Chan got to see the Lexington campus for the first time and saw the football team in action. Although it doesn't look like Coach Calipari will be offering Negus a scholarship just yet, he could recieve one by the end of his junior season at Huntington Prep (WV). Kyle Wiltjer, a 6-foot-9 power forward from Oregon, had a big Sunday night. The newest Kentucky commit had an in-home visit with the Kentucky staff. This was the first time that Kyle saw the coaching staff in person since his commitment to the Wildcats. Although he has not taken an official visit to the Lexington campus just yet, you can imagine that it was a topic of interest during the in-home visit. Wiltjer is the 4th player in the class of 2011 to pledge to Kentucky, along with Marquis Teague, Michael Gilchrist and Anthony Davis. Austin Rivers, a 6-foot-3 shooting guard from Florida, has officially removed Kentucky from his recruiting picture. While there were rumors for weeks about the Rivers no longer being interested in the Wildcats, nothing was official. Word broke when he announced that he would cut his list down to three schools. Austin, a former Florida Gators commit, eliminated both SEC schools from contention. He is now looking at North Carolina, Duke and Kansas. The top shooter had an in-home visit with North Carolina last week. He had one with Kansas on Saturday and has one setup with Duke for Tuesday. Rivers has set official visits to Duke and North Carolina for the month of October. Tony Wroten, a 6-foot-4 shooting guard from Washington, has made plans official for when he will announce his college decision. Wroten decided that he will announce at his high school, Garfield in Seattle, on Friday, October 8th. Tony took an unofficial visit to Washington this weekend and enjoyed the football game. He has plans to visit Louisville, whether it's official or unofficial is uncertain, on September 21st. He is also slated to have an in-home visit with Villanova this week but that is not official yet. It does not look like Tony will choose Kentucky. Brandon Ashley, a 6-foot-8 forward from California, is not favoring Kentucky at the moment. While rumors started going around late Sunday night that Brandon was leaning towards the Wildcats, that is not the case. He remains wide open and does not even have a top five. The 2012 prospect has an offer from Kentucky and likes the school but is not favoring them. Ashley was AAU teammates with current Wildcat commit, Kyle Wiltjer. LeBryan Nash, a 6-foot-7 forward from Texas, is no longer considering Kentucky. Despite the Wildcats not offering Nash a scholarship, he had received interest. As of now, LeBryan is focusing on Oklahoma State and Arizona. Follow Alex Kline on Twitter & Check out his new site.