UK Athletics[/caption] Tonight South Carolina will black out Williams-Brice Stadium.  To combat the black out, the Wildcats will bring the light by wearing all-white uniforms in Columbia. [caption id="" align="alignnone" width="462"] 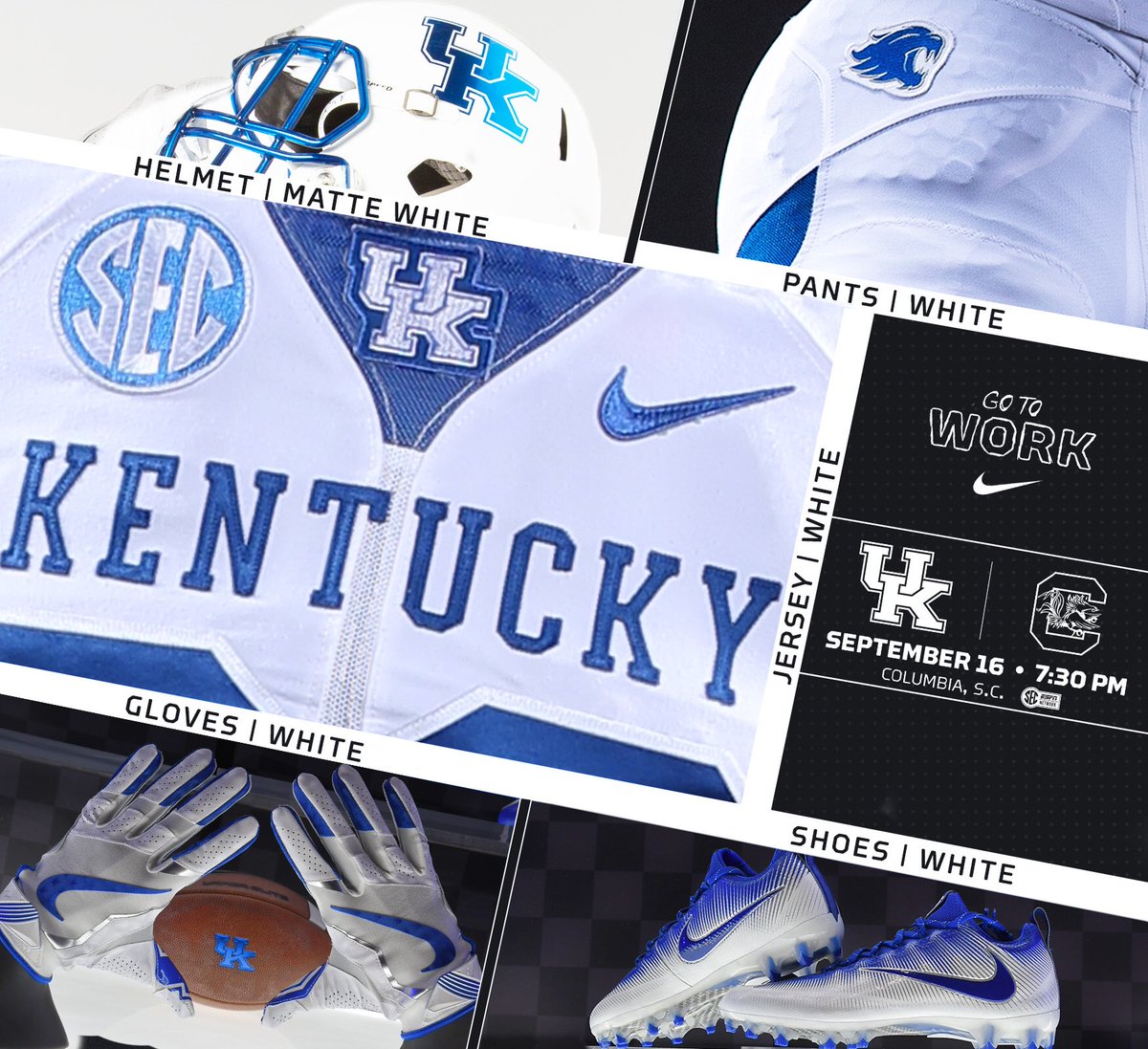 @UKFootball[/caption] Three years ago, the Cats didn't get the win at Papa John's Cardinal Stadium against the Cards black out, but the last time there was a black out for a Kentucky-South Carolina game, Jojo Kemp carried Kentucky to a victory in the Wildcat.