You have to hand it to KFC; they've had some killer marketing lately. The rotating cast of Colonel Sanders is pretty amusing, particularly Rob Lowe, who has donned a space suit for the latest string of commercials. Now we know why. On June 21, KFC will send its Zinger spicy chicken sandwich to the space -- or at least the very edge of it -- in a balloon as part of a promotional stunt. The fried chicken giant is teaming up with World View Enterprises, an Arizona company that plans to send tourists into the stratosphere in balloons, just high enough to see the curves of the Earth and the blackness of space. If you're curious, this is what the balloons look like: 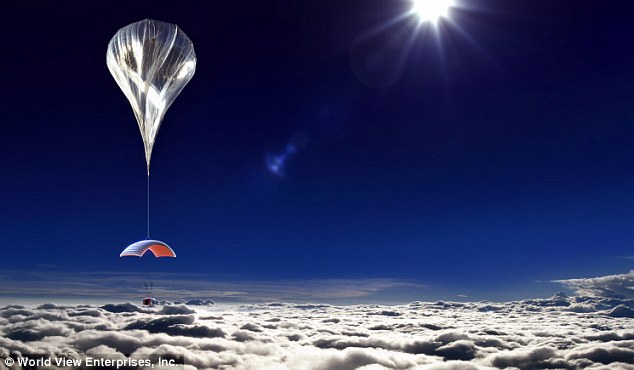 World View's demo flight will take the Zinger sandwich to the edge of space for at least four days. You can view its progress via kfcin.space, a web address that expands into yesweareactuallysendingachickensandwichto.space. As you might expect, there will be plenty of promotions during that time, including more commercials like this: https://youtu.be/7YY4RfeX2Z4 What would a trip in one of World View's balloons cost for a person, not a sandwich? According to the New York Times, $75,000 per person, which would get you a seat in a six-passenger cabin with a bar and bathroom, and, of course, plenty of windows. The flights will last for five or six hours. Pretty neat. [New York Times]