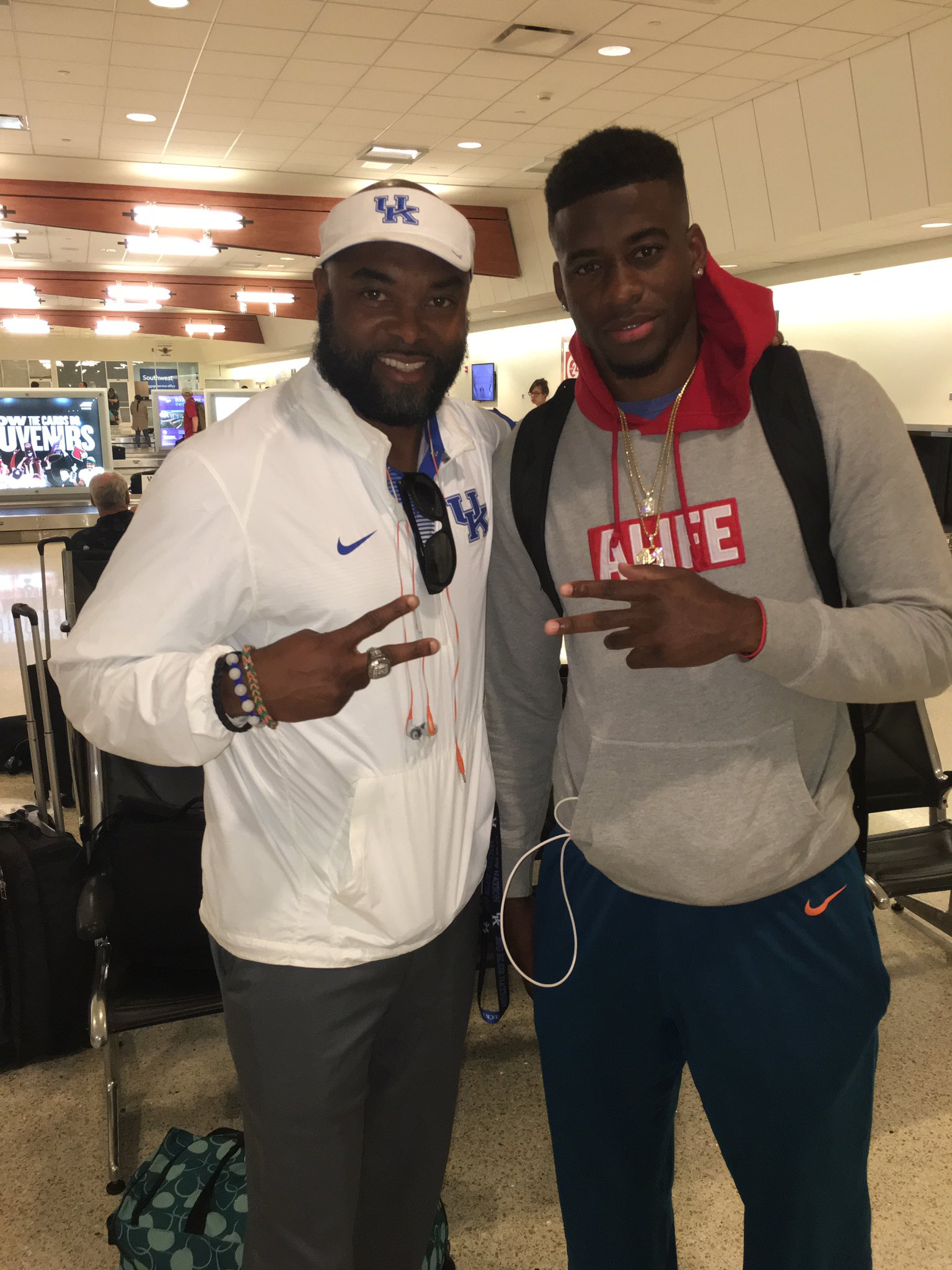 Lamar Thomas and DeVante Parker[/caption] When we hold the 2016 KSR awards later this year, "Tweeter of the Year" will definitely go to UK wide receivers coach Lamar Thomas. I don't know him personally, but the former UofL assistant is already one of my favorite people for his hilarious tweets and how he doesn't hesitate to go after trolls on Twitter, especially those who are fans of his former team. Today was no exception. Last night, Thomas posted this picture of himself and former Louisville star wide receiver/current Miami Dolphin DeVante Parker in the airport: https://twitter.com/LamarCoachT/status/725900061872287744 Not happy enough just to leave it alone, Louisville fans went on the attack, telling Thomas that he didn't help Parker get to the league, even though Thomas mentored Parker in 2014. The Louisville fan, Ken Ross, still wouldn't let up, so Thomas let him have it: https://twitter.com/LamarCoachT/status/726096725119754240

Well done, Coach. And congrats on closing on your new house in Lexington.