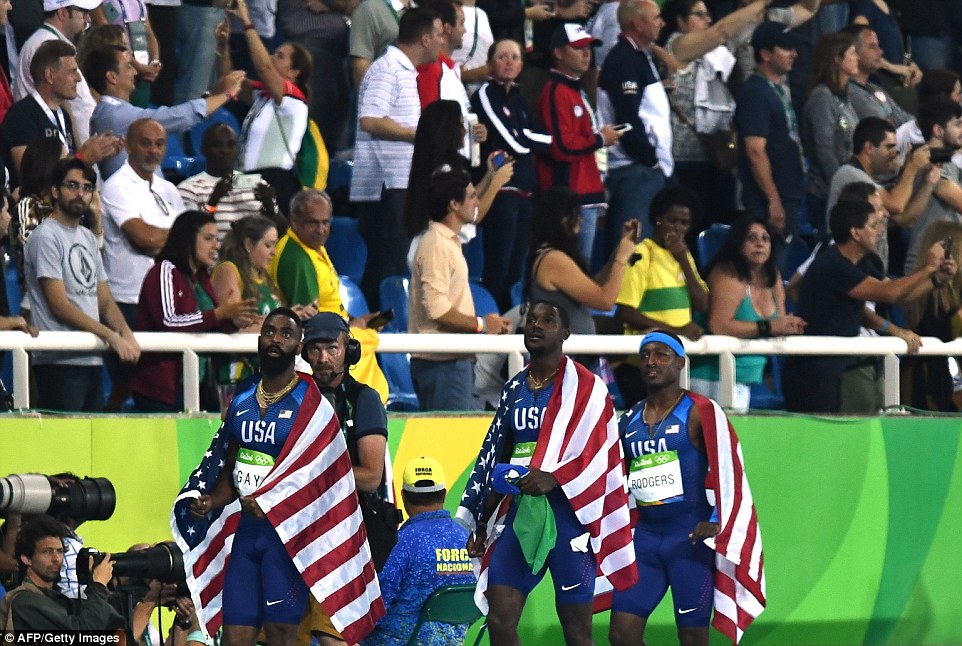 Getty Images[/caption] The U.S. relay team and Lexington native, Tyson Gay, lost an opportunity to claim the bronze medal in the 4x100 relay on Friday. The team was disqualified after an error occurred on the baton exchange between the first and second leg. The leadoff runner, Mike Rodgers, handed the baton off too soon to the second-leg runner Justin Gatlin. Rule 170.7, the one that specifically costs the Americans the bronze, states:

The team did not learn of the disqualification until after they had finished their victory lap around the track. “Hell, we already did the victory lap and when we got to TV, they told us,” Gay said. "It has to be the worst luck for this country ever. It's always something weird, stupid. Simple mistakes always cost us." This what the seventh straight time the USA men's really 4x100 team failed to complete the race or was stripped of a medal due to a disqualification. Despite being one of the most dominant American sprinters, Gay has yet to win an Olympic medal. Injuries plagued Gay in Beijing 2008 and a disqualification in London 2012, Gay says Tokyo 2020 is not out of the picture. “I’ve got to go to 2020, man,” he said. “I didn’t plan on running until I’m 38, but, hell, it seems like I’ve got to to get another medal.” Could Tyson Gay be the first sprinter older than the age of 35 to make the U.S. Olympic Team? We will have to wait and see.