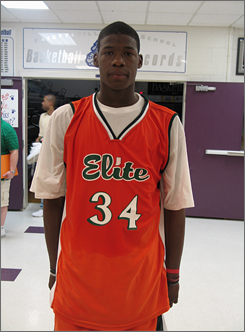 Every day we get about 10-15 emails asking about the status of DeAndre Liggins and Kevin Galloway. Now while I always like reading emails from folks from the site ([email protected]), I often wonder if these people think that I have secret Liggins and Galloway info that I wont put on the blog but will give away by email. Nevertheless, I did have a conversation late last night that provides some kind of update, at least to me, about the situation. While it isnt official until the fat lady (aka the UK Athletics Department) sings, I am told by a source I trust that UK has received word that both young men will be eligible. The person who gave me this info has given me lots of good information in the past and I believe what he says to be the case. According to the source, the news came about 10 days or so ago and that no announcement will be made until the whole team is back on campus, which should actually be fairly soon. Now what do we do with this information? I would not go telling the world that they are certainly eligible. But I would say that it looks very good, I would assume they will be playing until I hear an official word from UK otherwise. I feel good about the situation and will now assume in all future talks about next season's UK team that these two guys will be on the court.