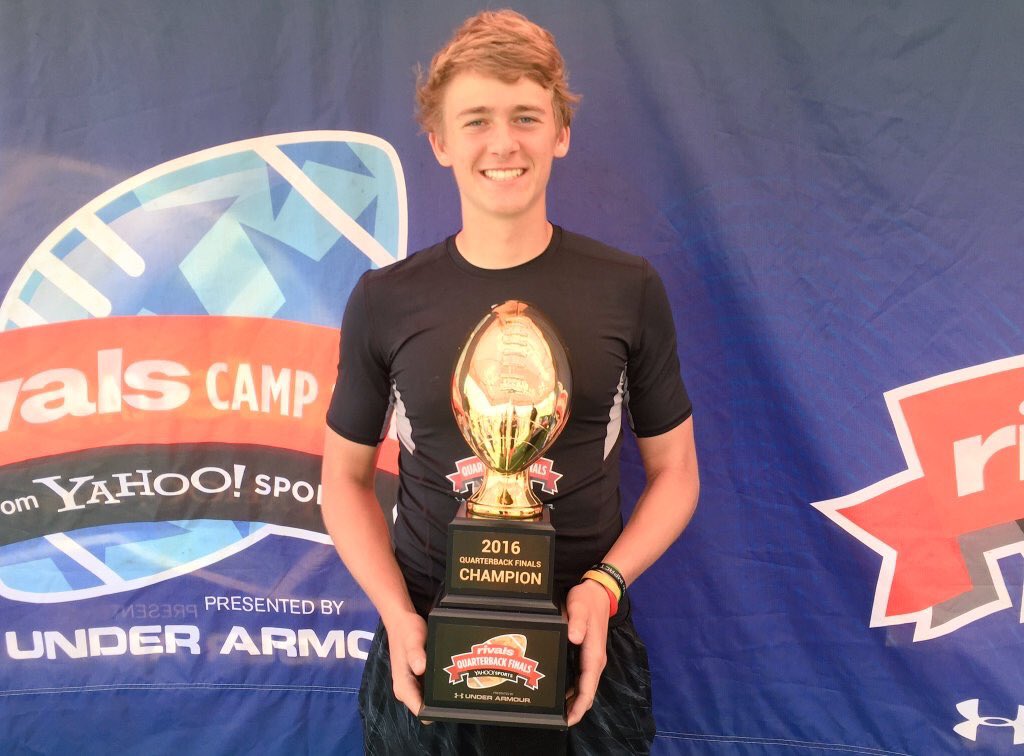 â€@macjones2017[/caption] Rivals' 2016 Camp Series is coming to an end, and yesterday, the national recruiting site singled out their top five quarterbacks from all 10 regional camps. Given all the buzz surrounding him lately, it shouldn't surprise you that UK commit Mac Jones made the list.
“The only two-time MVP of this year's camp series, Jones earned top honors in both Orlando and Atlanta," Southeast Recruiting Analyst Rob Cassidy wrote. "The Kentucky commit throws a pretty ball and impresses with his footwork and mechanics. Jones is well-rounded as a passer as there are no glaring problems with his delivery or his accuracy. What's most encouraging, however, is the fact that he seems to get better with each passing month." The best proof that Jones' stock is surging is his offer sheet. Jones has received 22 offers, including four from SEC schools in the past month and a half (Alabama, Texas A&M, Ole Miss, Missouri). In recent interviews, Jones sounds solid in his commitment to Kentucky, and on May 12, the Cats offered his teammate Ahman Ross. Ross, a three-star safety, decommitted from Miami a few weeks back, and according to Justin Rowland, is "definitely" planning to visit Kentucky. He's got offers from Florida State, Louisville, Indiana, South Florida, and others, but having his teammate Jones on the roster could help Kentucky's case. ...Which could in turn help keep Jones on board if the big boys keep calling. [Rivals]