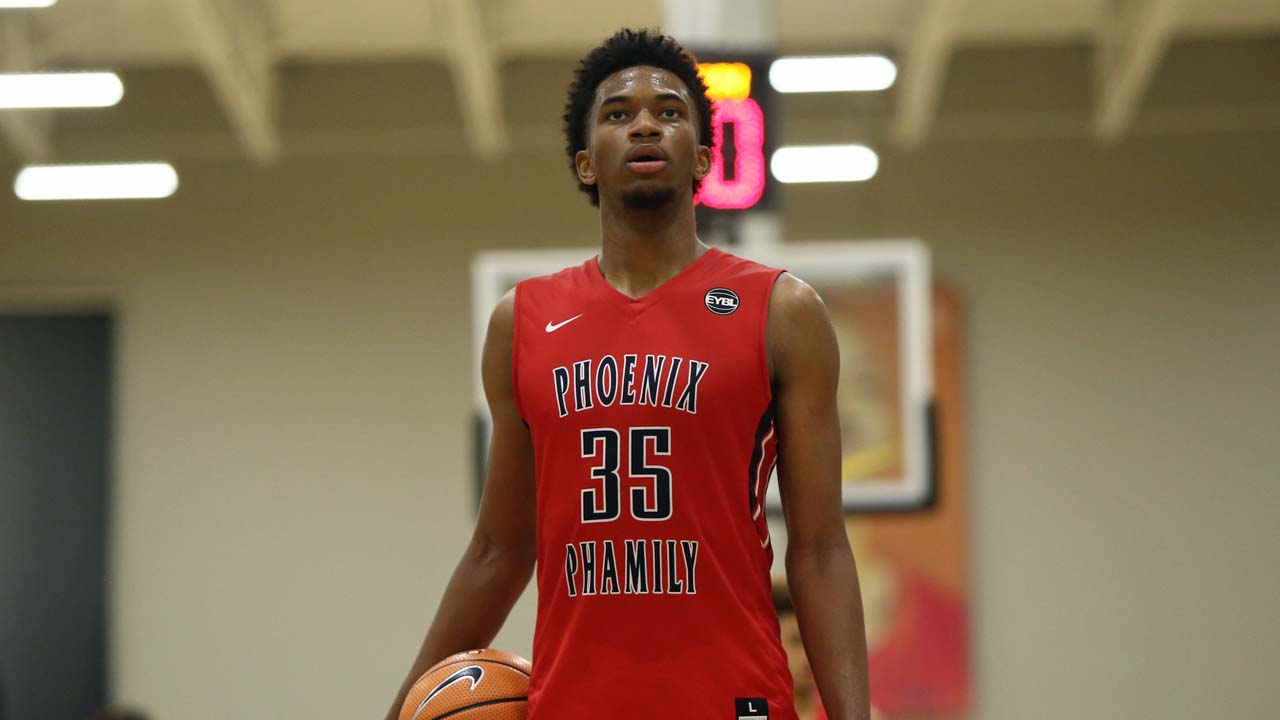 Scout[/caption] The top-ranked player in America has Kentucky on his radar, but John Calipari has a few others in front of him in line for Marvin Bagley's services. After leading his team to its first Peach Jam victory, Bagley said he is visiting Duke after the tournament.  Coach K watched Bagley's win from near midcourt court alongside Jeff Capel.  Krzyxewksxki had some NBA help too.  During pregame warm-ups, he chatted it up with Tyus Jones.  The biggest name watching Bagley's game was Kevin Durant.  If you really want to hate KD, he gave Coach K some dap as he left the court. Bagley said he's still considering the Cats, but they aren't on the short list of schools he is visiting in the near future.  After a trip to Duke, the West Coast kid will take visits to Arizona and USC.  He plans on visiting UK, but has nothing planned in the immediate future. https://www.youtube.com/watch?v=AC8wQMSyhhI It will be a battle for John Calipari, but it's worth the fight.  The 6'11" athlete does things few others can.  A lefty that can finish with a floating finesse or a powerful slam, he's been compared to the MVP who watched his game today, Kevin Durant.  The lanky No. 35 doesn't just look the part, he plays like it.