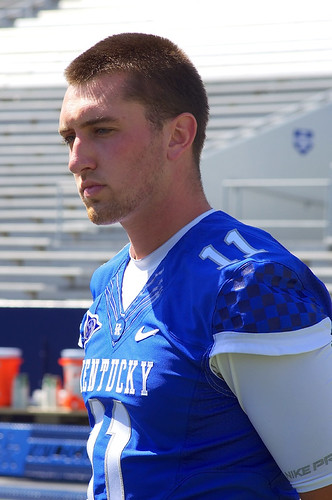 Coach Stoops had no answer regarding the status of his starting quarterback's throwing arm, but Max Smith thinks he'll be fine for the next game. Smith said he passed all the sideline tests after "tweaking" his shoulder, but didn't feel he had any velocity on his throws so he didn't try to go back out. Luckily he has almost two weeks to let it heal before UK's next game. And for what it's worth, Stoops said Patrick Towles would've gotten the nod over Reese Phillips had anything happened to Whitlow. Towles and Phillips were spotted warming up on the sideline in the fourth quarter before Whitlow turned it up a notch.