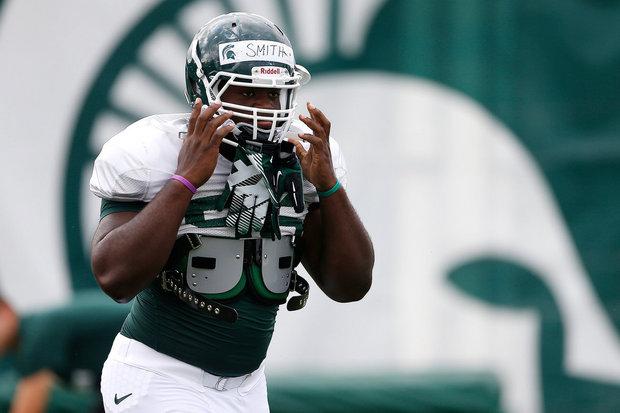 Kentucky will host Enoch Smith Jr., a former Michigan State defensive lineman, at some point this fall for an official visit. Justin Rowland over at Rivals broke the news shortly after the 6-foot-2, 293-pounder received his offer from the Cats. https://twitter.com/ESmithJr_56/status/774068976536031232 Enoch Jr. saw limited action as a redshirt freshman last season, after sitting out his true freshman year. He came to East Lansing as a four-star prospect and the 20th-ranked defensive tackle in the class in 2014. Junior college was the original plan once Enoch Jr. left the Sparty program, but now he's considering a direct transfer to a major program and Kentucky was the first to reach out. We'll keep eyes on this one.