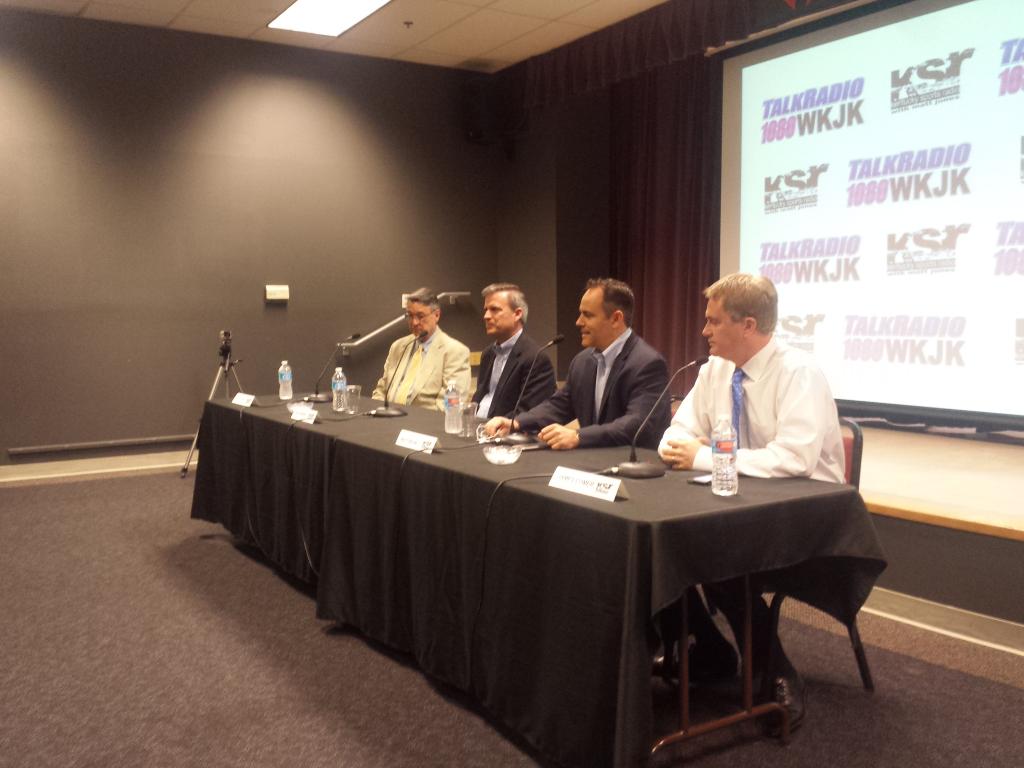 It was an interesting morning on KSR today as Matt moderated a GOP Gubernatorial Debate with Matt Bevin, James Comer, Hal Heiner, and Will T. Scott. The streaming numbers were THROUGH THE ROOF--four times as many people listened to this than listened to the Kentucky Derby. Dang, y'all. I've already shared the candidates' preferences on Rick Pitino and John Calipari, but here are some quick highlights of the rest of it: -- A few days ago, the Courier-Journal published some major allegations against James Comer, which Comer has vehemently denied. When asked, Comer said he's working with a lawyer to take legal action against the Courier-Journal for the story. Comer accused the Heiner campaign of being behind the story, which Heiner denied. -- Although Bevin, Scott, and Heiner said they don't think the allegations against Comer should disqualify him from the race, Bevin dropped a big bomb, claiming that Heiner told him he knew things about Comer that were dirty a year ago. Of course, Heiner said Bevin was making that up. Bevin added that Heiner's campaign is made up of the "surliest and sorriest" types of people. -- From there, things got pretty tense, with Comer and Heiner in full attack mode. Comer went as far to call Heiner the "Christian Laettner of Kentucky politics," a pretty heavy blow to an audience of Kentucky sports fans. Did you miss it? Here's the podcast: