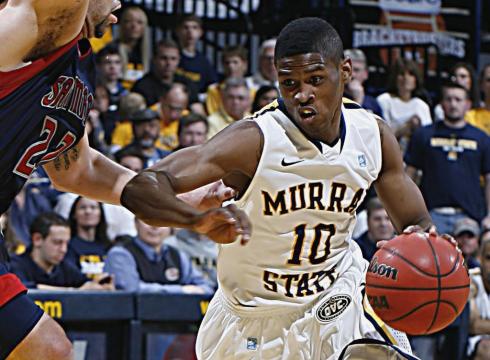 The most disturbing video you will see today comes to us from Matt Norlander at CBSSports.com, who showcases the footage behind the Zay Jackson arrest. Jackson you may remember, is a Sophomore guard at Murray State who was poised to be a part of what could be the best Murray State team of all time. But he was recently charged with wanton endangerment (which always makes me think of the story of the Bell County juror who acquitted someone on the charge because he "wasn't a wantin' to do it") and sentenced to 30 days in jail. He has been suspended from the team but early indications are that the Murray State coach seems to believe that he will be back. However if you watch this video (he is driving the white car), you might wonder how he could play at all this year: