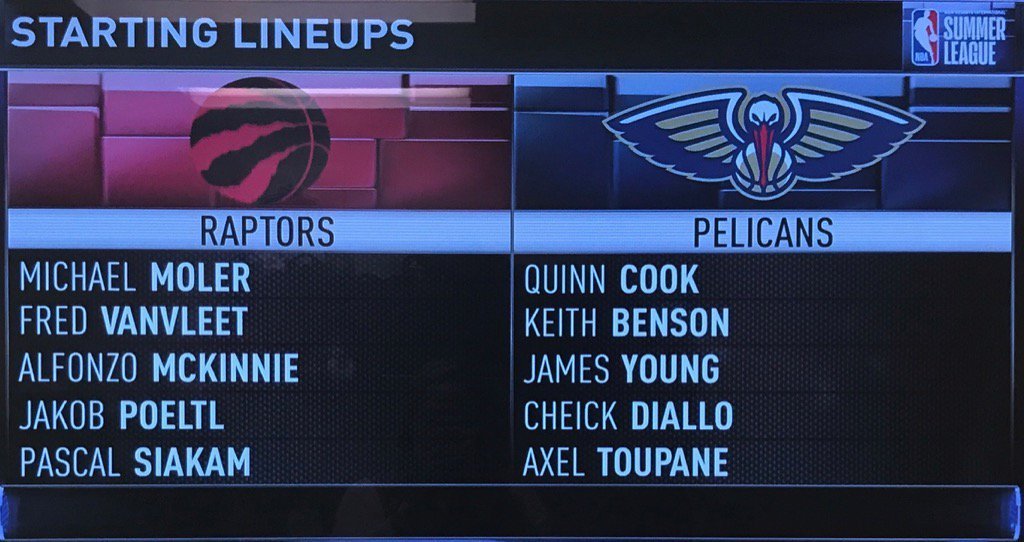 Despite what this NBA TV graphic says, Mychal Mulder squared off against James Young at the NBA Summer League today in Las Vegas. As far as summer league games go, this was a pretty great one. The Pelicans dominated almost all game, but with 25 seconds left it was tied at 93. Thanks to one of BBN's least favorite guys, Fred VanVleet, Toronto pulled off the 96-93 win. Mulder played 17 minutes and scored six points for Toronto. For New Orleans, James Young had 23 minutes and 12 points. Not too bad for the newest member of the Kentucky Pelicans. I'm especially looking forward to James Young playing with Boogie and AD this season. I plan on spending my night following all the NBA Summer League happenings tonight so stick with me for all your Summer League needs on this lovely Friday.