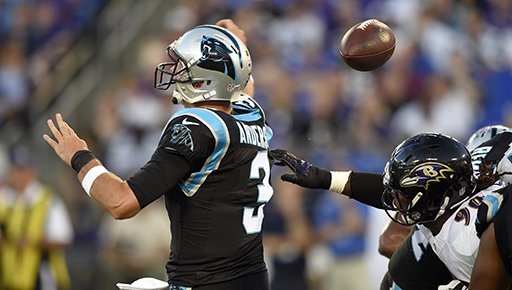 Za'Darius Smith forced a fumble on this QB sack in his first preseason game earlier this week, via @ExCats. [/caption] Olympic hysteria has captivated most of the nation, but there are still a few football junkies out there looking for a fix.  For those that can't get enough, there are plenty of former Wildcats starting their 2016-17 season today. 4:30 Seahawks and Chiefs, NFL Network  7:00 Colts at Bills  8:00 Chargers at Titans 8:00 Cowboys at Rams, ESPN Preseason football probably won't help, but reports from the Cats' first scrimmage probably can.  Keep an eye out for updates in the next hour.