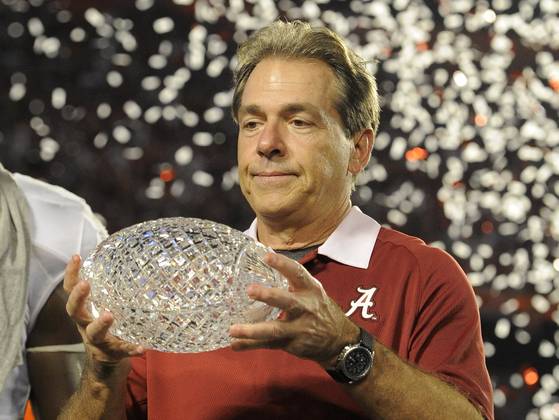 Are you totally over today’s solar eclipse? So is Nick Saban. When asked what his plans were for catching the first eclipse visible in the mainland United States since 1979, Alabama’s head coach said he just plans to watch it on TV.

Saban actually has a lake house in the path of totality in Clayton, Georgia, but Saban being Saban, he’s not bothering to drive out there for something silly like science.

“Clayton, Georgia is the number one place in the country to have 100 percent,” he said. “My house there is probably going to be the only empty house on the lake. I’m gonna watch it on TV.”

Leave it to Saban to be the Debbie Downer.