But the allure of the game, keeps calling your name. Tonight at 7 pm on ESPN2, the Northeast Conference Tournament Finals will be played in Brooklyn as the Long Island University-Brooklyn Blackbirds take on the Mount Saint Mary's Mountaineers. The game will not be taking place in the Barclay's Center, unfortunately, but rather the LIU "Wellness Center." Beyonce and Jay-Z are looking for a sitter for Blue Ivy so they can attend. Looking at you Kristen Geil.   LIU-Brooklyn

Record: (18-13, 12-6) RPI: 179 BPI: 197 NCAA Tournament Appearances: (1981, 1984, 1997, 2011, 2012) NIT Champions: (1939, 1941) 4 NEC Tournament Championships: (1984, 1997, 2011, 2012)   While it feels like we've fallen down a rabbit hole and consumed some strange liquids since then (with the encouragement of the Cheshire Cat or maybe Billy Gillispie), Kentucky was once ranked in the top 10. Following a dicey win over Morehead, and prior to the Manti T'eo show at Notre Dame, #8 Kentucky beat LIU 104-75. If you'd like to relive the victory over LIU-Brooklyn, you may do so here. Our hopeful young Cats put on an offensive show (with some defense sprinkled in) as Nerlens had 5 blocks, with Willie Cauley-Stein adding 4 more. Both Archie Goodwin and Alex Poythress led the charge with 22 points apiece to continue their early season dominance. LIU-Brooklyn was led by a player, as Jamal Olasewere put in 22 points for the Blackbirds (a close relative of the raptor). In the rest of their season, LIU has been an offensive juggernaut with 79.1 points per game, good for number 6 in division one college basketball; they also rank 14th in field goal percentage at 47.9. Senior forward Jamal Olasewere has been the team's driving force with 19 points and 8.5 rebounds a game, including a double double in their 94-82 win over Wagner in NEC Tournament Semifinals. As if playing Kentucky, scoring more points per game than Duke, and being the trendiest borough of NYC weren't enough to make you appreciate the Blackbirds singing in the dead of night-- they have been to back to back NCAA Tournaments. As a 16 seed in the West, LIU lost to Michigan State 67-89 in 2012. If you need a pick me up at work take a look at last year's NCAA Tourney bracket and smile.   Mount Saint Mary's

Record: (18-13, 11-7) RPI: 121 BPI: 213 NCAA Tournament Appearances: (2008) 3 NEC Tournament Championships: (1995, 1999, 2008)   The #5 seed in the NEC Tournament and the impediment to LIU's third straight NCAA Tournament berth is the Mount Saint Mary's Mountaineers. Although they spend most of their time climbing mountains while mounted on horses like Mounties, its students also attend class at the Catholic liberal arts university in Emmitsburg, Maryland. There is one story interesting enough about Mount Saint Mary's that it made Wikipedia. The Great Bamino/Sultan of Swat/other reference I know from Sandlot was pitching for another Saint Mary's, the Industrial School for Boys of Baltimore, in Emmitsburg. Babe Ruth was sent to this school for deliquent boys by his parents at age 7, due to being "incorrigible and vicious...beyond the control of his parents." Yet it all worked out for the Babe as a Mount St. Mary's baseball player named Joe Engel discovered the young Ruth and tipped off a Baltimore Orioles minor-league manager about his prodigious talent. The Mt. St. Mary's basketball team does not have an illustrious history to speak of, but they have won an NCAA Tournament play-in game, one more Tourney win than LIU. The current Mountaineers are led by junior guard Rashad Whack, who had 26 points in Mount St. Mary's 69-60 upset over the top-seed Robert Morris in the NEC Semifinals Saturday. He averages 14 points a game for a team that isn't particiularly prolific in any one area, but has a bench that goes 9 deep and has found its groove at the right time. Prediction 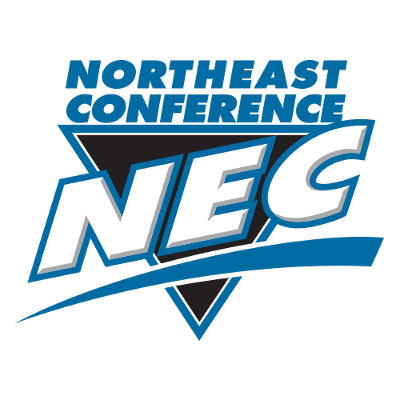 In their previous meetings, the home teams had the upper hand as the Blackbirds got the victory at the Barclays Center 86-72 (yes they literally did play a game in the Barclays Center), while the Mountaineers won at Knott Arena, 83-71. Each team has far better records at home, giving LIU the upper hand in Brooklyn, but don't look past The Mount as they are on a 9-game winning streak. Look for a high scoring, fast-paced (or paste if you post on message boards) game tonight in the Wellness Center. I predict a win for LIU. They average 10 more points a game and although defense may win championships, so can scoring a whole lot of points. LIU has over 90 in both its NEC Tournament games. This game doesn't look to affect Kentucky's seeding or bubble in any way. Either team representing the NEC will be a 16 seed, and no way the loser gets an at-large bid. Joe Lunardi projects in his latest bracketology that LIU will win and face 1 seed Gonzaga in the West. So while you may have no rooting interest, this could be a fun, stress-free game to tune into tonight on ESPN2. [NEC Tournament Bracket] @BrennanKSR