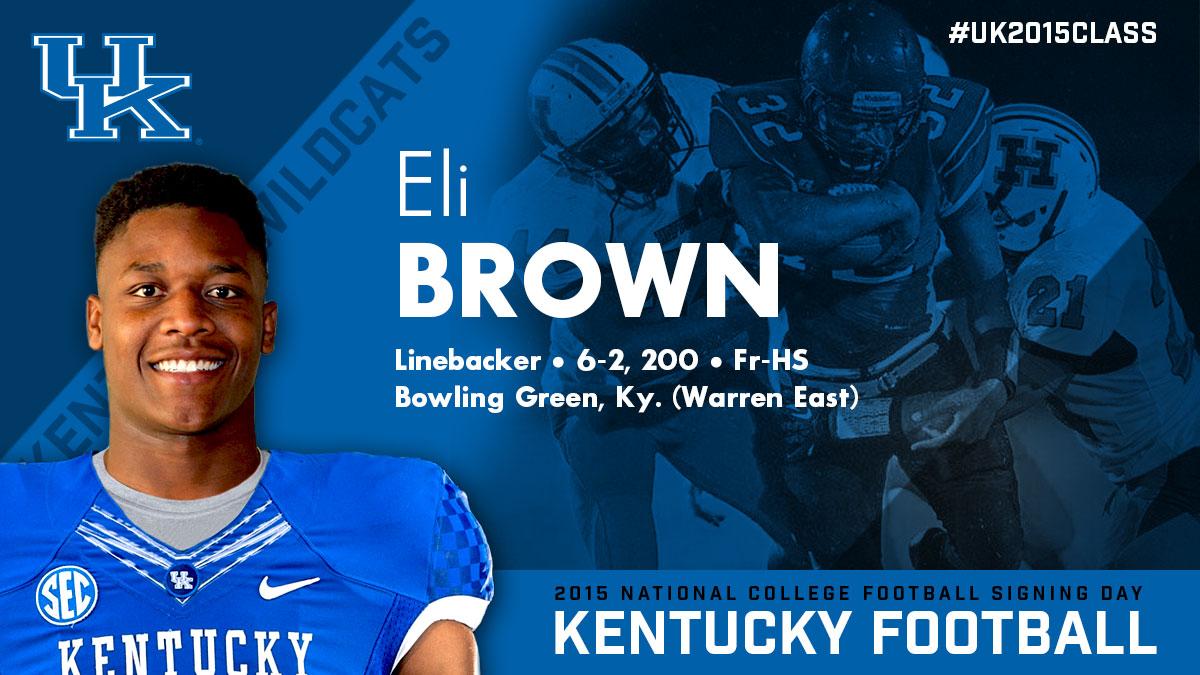 This afternoon, UK confirmed that redshirt sophomore linebacker Eli Brown would be transferring out of the program. Tyler Mansfield of the Sporting Times was the first to break the news. https://twitter.com/_tylermansfield/status/962111845678141440 The Kentucky linebacker played in 12 games for the Cats this season, racking up 38 total tackles, two tackles for loss, and one pass deflection. In Jordan Jones' absence this season, Brown came in and played well for the Cats, and many thought he would be making a big step up as a redshirt junior. With playing time to be had at the linebacker position, it seemed it would be Brown's to-lose. As a recruit out of Bowling Green, Brown was listed as a four-star prospect with offers from Ohio State, Penn State, and Vanderbilt, among others. Best of luck to the Kentucky product!